Editor's Note (8/26/2021): On April 2020, the deed to the Polo Club was sold, and the future of Saratoga polo has not been decided yet. In the meantime, you can still view our general Saratoga polo info and tips below. If we receive any additional news, we will update this page accordingly. 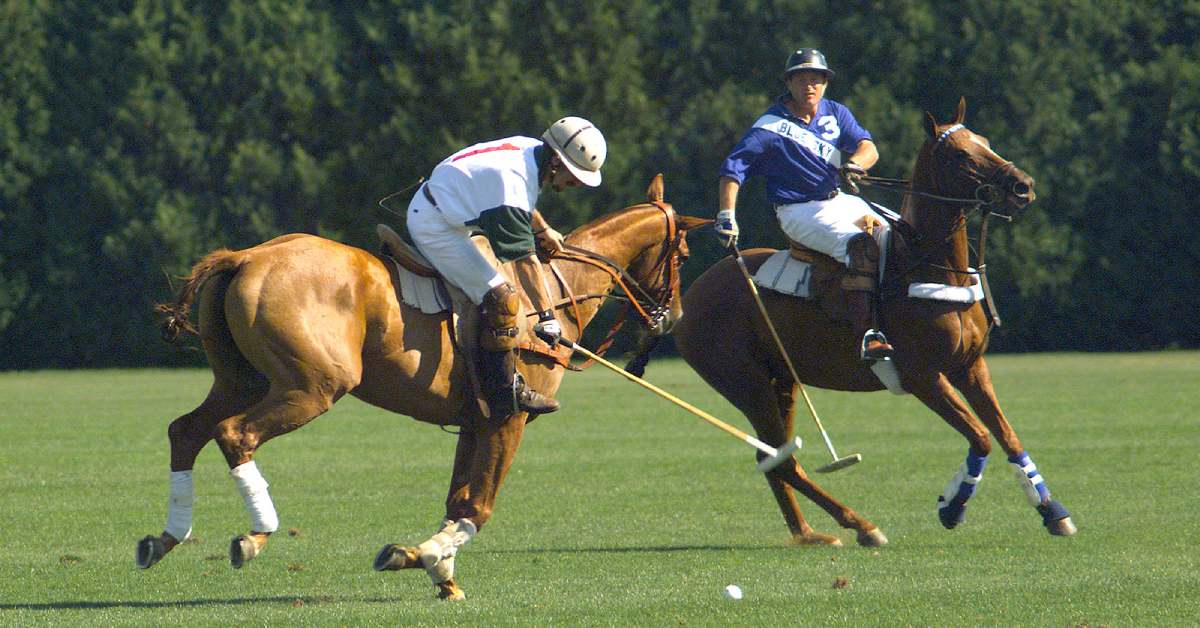 Don't know anything about polo?

It doesn't take long to learn a basic knowledge of the game, but you don't need to be an expert to enjoy watching the fast, adrenaline-pumping danger and action of polo.

Just be aware of this much: there are four players to a polo team, each with numbers on their backs. Each team is attempting to hit the ball in a "goal" on the opposite side of the field. Once a goal is scored, the players switch goals.

Players can be penalized for blocking the right of way or hooking a player with a mallet (but players are allowed to "hook" other mallets – use their own mallet to keep another player from swinging and hitting the ball). There are two mounted umpires on the polo field, and a third man on the sideline. Penalties vary based on the severity of the foul.

Safety comes first, even for spectators – polo is a very action-packed game, with horses and riders often coming very close to the sidelines. Balls are also known to be hit awry and sail off the field. A distance of at least ten feet from the marked edge of the field is recommended.

The polo match takes place on a field that is roughly nine times the size of a football field, so a good pair of binoculars can be instrumental to fully enjoy the game. Remember to come early to enjoy a late lunch, tea/snack, or early dinner before the match, and to take the time to go and admire the ponies and players as they warm up and gear up for the sport ahead.

Don't be alarmed if the spectators swarm the field at half-time: this is a tradition known as "stomping the divots." Spectators are invited to walk on the field and help the players by filling in divots – small holes in the ground caused by horses' hooves or hitting the ball, which can be filled in by flipping the displaced dirt back into the hole, and patting it down (if there is a golfer in your attendee party, he or she can show you the technique).

For spectators in the Polo Clubhouse, there is a suggested dress code. Women can wear cocktail dresses, summery skirts, or seasonal suits. Insider tip: top off your ensemble with a traditional billowy hat to block the sun and colorful shoes to show off when "stomping the divots." Men can dress in business casual wear with a sporty edge, or if they choose, in a formal suit and tie.

If you are tailgating or attending with general admission, the dress code is more relaxed. You should dress according to what you would wear to a picnic outing with your family. In fact, you are welcome to bring a picnic and purchase beverages (but you may not bring your own alcoholic beverages).

NOTE: The polo fields are located adjacent to Skidmore College on Bloomfield Road in Greenfield Center, NOT at the Saratoga Race Course.