Several Saratoga restaurants are devastated after an early morning Thanksgiving fire. One of the restaurants, Hamlet & Ghost, is asking for help for their employees through a GoFundMe account. 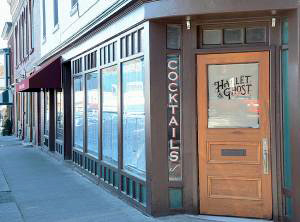 Hamlet & Ghost suffered extensive water and smoke damage from the fire, and is closed until further notice. The restaurant is currently working to raise money to support their employees who will now be out of work during the holiday season.

Mio Posto, Sperry’s, and The Ice House were also affected by the fire; Mio Posto experienced the worst damage, as the fire started in their restaurant. Residents of five nearby apartments were also displaced by the fire.

The fire started at about 2:30am on Thursday, November 24th, Thanksgiving morning. A heavy fire was blazing in Mio Posto’s kitchen, which then spread to the attic and to an adjacent building which used to house the Living Room bar. Firefighters remained on scene for hours.

So far, investigators have not determined the cause of the fire, but they do not believe it to be suspicious.

While Hamlet & Ghost, Sperry’s and The Ice House will be opening again as soon as possible, Mio Posto’s building was completely destroyed – they hope to open at a new location in the future.