Visit Saratoga.com For Everything Saratoga
Enter Giveaways Advertise
Home  »  Charities and Fundraisers  »  Enjoy the Most Exciting 2 Minutes in Sports at Saratoga Derby Parties

The Kentucky Derby is almost upon us once again! If you haven’t made your plans yet for May 4th, read on to see where the best parties are happening in and near Saratoga Springs. And then grab your most stylish hat and get ready to enjoy the festivities! 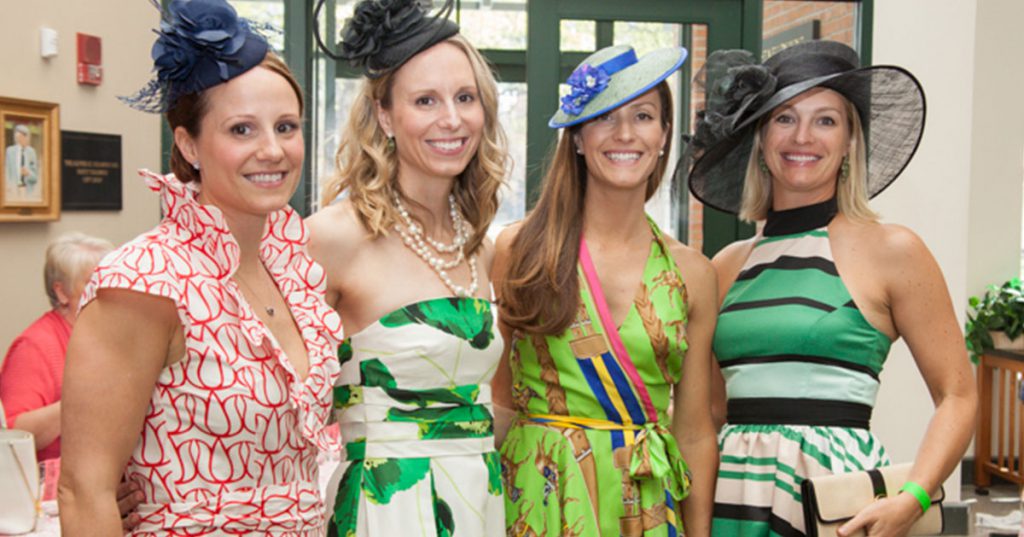 Saratoga National Golf Club always puts on a great party, and Derby Day will be no exception. Tickets are $30 for “Prime on the Rail” or $110 for “VIP in the Field.” You’ll want to buy right away because this party typically sells out.

This Derby Day party at the National Museum of Racing and Hall of Fame consists of a full fundraising event complete with live music, food samples from local restaurants, a silent auction, and much more, including of course an airing of the Derby throughout the museum. Ticket prices vary.

Therapeutic Horses of Saratoga is hosting their first-ever Healing With Horsepower fundraising event at the Saratoga Automobile Museum. This is an all-ages event with therapy horses, music, wine, craft beer, gourmet food samplings, a kid-friendly Derby hat creation station, and much more.

Check Out Derby Parties at the Saratoga Casino Hotel

If you’re looking for a nightclub atmosphere for Derby Day you’ll want to head to Vapor at the Saratoga Casino Hotel where you can catch the action on their 16-foot screen.  There will be a hat contest and great food and drink specials.

And They’re Off! Kentucky Derby Party at The Lodge

The Lodge at Saratoga Casino Hotel (located close to the hotel) is hosting their annual Derby Day party with drinks, food, and wagering. This event benefits the Saratoga Sponsor-a-Scholar.

Head to a Derby Party at a Restaurants, Bars & More

Racing City Brewing Company is hosting a Derby party – this is Saratoga’s only racing-themed bar! They’ll have craft beer, wine, and cocktails available, including a mint julep. The race plays on a huge screen.

Derby Day at The Adelphi Hotel

Enjoy a live streaming of the Derby and a cash bar at the gorgeous and historic Adelphi Hotel.

There will be live music at Carson’s Woodside Tavern in Malta. as they host Bobby Dick and Susie Q and The Heaters for their Derby Day party.

Wheatfields has a lineup of delicious free food and tempting drink specials for their Derby Day party, plus a 50/50 raffle to benefit Saratoga WarHorse and more.

Watch the Derby on 2 West’s giant TV screen and get a Superfecta Ticket Giveaway with any purchase.

Get ready for track season at the Saratoga Race Course >>