10 Favorite Things to Do in 'Toga

There are so many awesome things to do in Saratoga Springs that it's hard to choose just ten, but we sat down and narrowed our list to these favorite things to do in 'Toga. Whether you're a local or a visitor, we bet there's at least one thing on this list you haven't tried.

1. Dining Out on the Saratoga Restaurant Scene 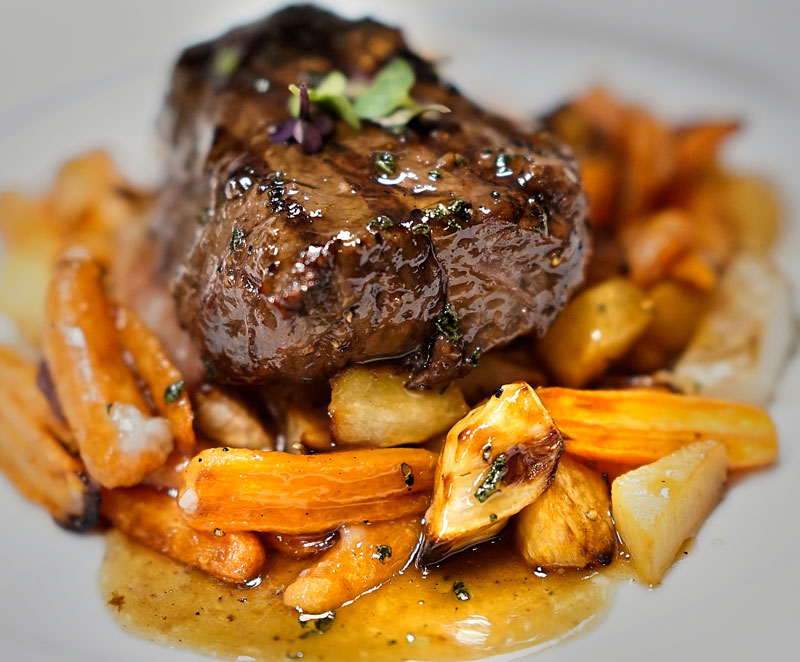 With the most restaurants per capita in Upstate NY, Saratoga is a foodie haven. You'll love patio dining in the summer and cozying up to fireplaces in the winter. Don't forget to go off-Broadway to the excellent restaurants in the Beekman Arts District like Kraverie and The Local. (We especially recommend trying restaurants on Beekman Street or a little farther afield in Ballston Spa on weekends during track season when Broadway can get a little busy.)

The restaurants in and around Saratoga are all excellent, but we feel breakfast in Saratoga deserves its own mention. With many favorite local breakfast places opening at 7 or 8 on the weekends, you won't have to wait until the brunch places open at 10 or 11 for your pancake fix (though we certainly recommend reserving a late brunch and having breakfast for lunch - it is the most important meal of the day, afterall!).

If you're in the mood for something quick, you'll love the bagel sandwiches at Uncommon Grounds, while the warm and welcoming atmosphere at Country Corner Cafe, Triangle Diner, and The Kettle are sure to make you feel like a local (even if you aren't one). Of course, Sweet Mimi's is a delectable spot you have to try (three words: cinnamon roll pancakes), but make sure you get there extra-early during track season! 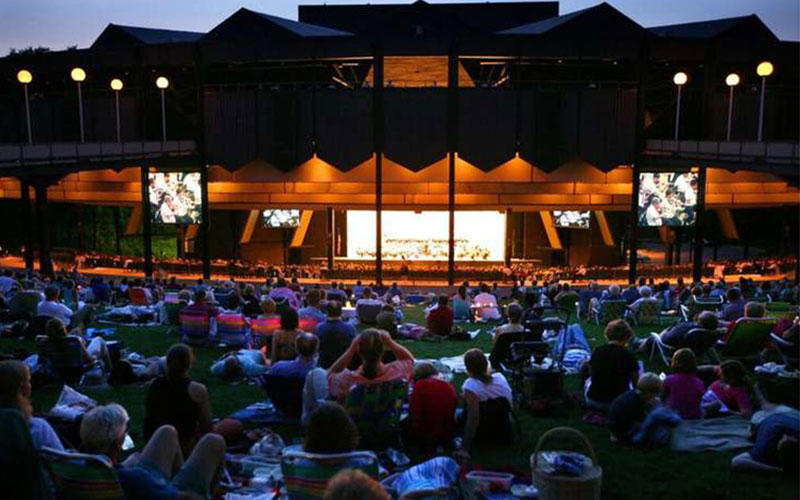 The Saratoga Performing Arts Center is a truly unique concert venue, nestled amidst the forests of the Saratoga Spa State Park. We know that everyone loves Dave and the other LiveNation concerts, but most locals agree that the best time to go to SPAC is during the classical season. Whether you go to experience the graceful and athletic artistry of the NYC Ballet or lie back in the grass and look at the stars while the symphonies played by the Philadelphia Orchestra swell around you, SPAC is a magical and distinctly Saratoga experience.

3. Finding the Perfect Gift at a Local Boutique 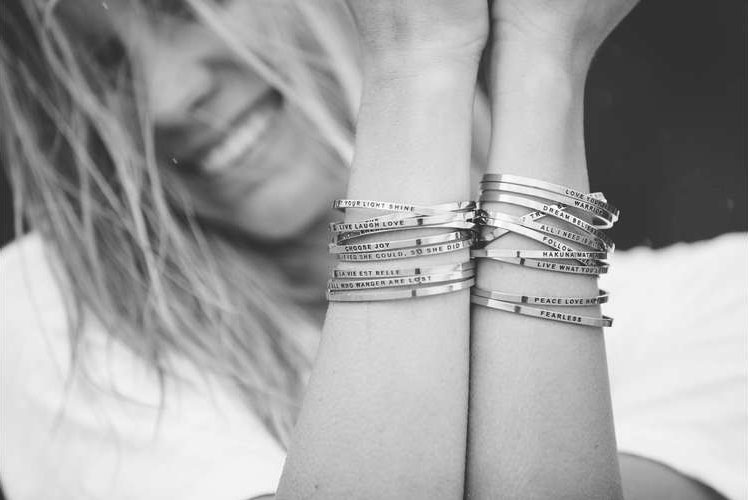 One of the best things about downtown Saratoga is that there are so many amazing small businesses. Even most of the restaurants are locally owned and operated! We love going to all of the boutiques and speciality shops to find just the right gift or souvenier. From custom, Saratoga-inspired jewelry at deJonghe, to that new-to-you copy of a favorite book on the shelves at Lyrical Ballad Bookstore, to high-end fashion, the Saratoga Springs shopping district has everything you're looking for.

4. Watching Warmups from the Whitney Viewing Stand at the Oklahoma Track 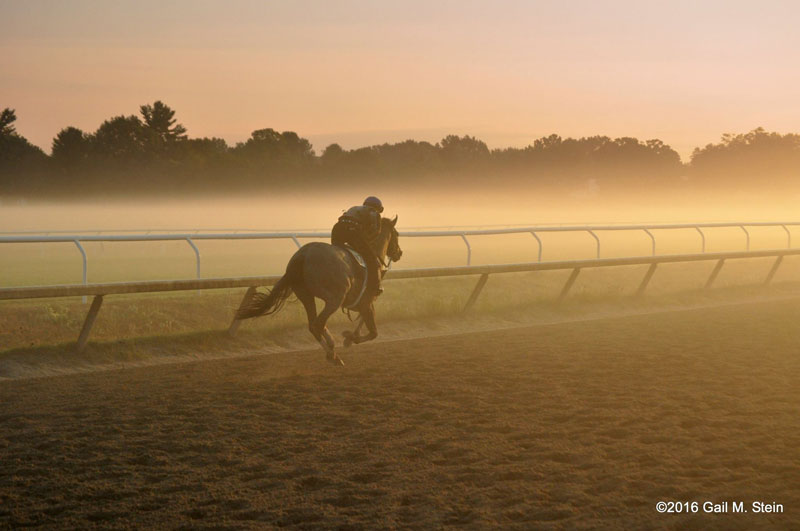 Of course, it wouldn't be Saratoga if you didn't go to the track, but have you been across the street to watch spring training and warmups? Starting in April, racing fans can watch thoroughbreds train at the Oklahoma Track in the morning. But the real excitement is going to watch warmups during the annual meet at Saratoga from the end of July to the beginning of September. We'd argue that this opportunity to watch the horses away from the crowds at the rail is one of the best parts of track season! 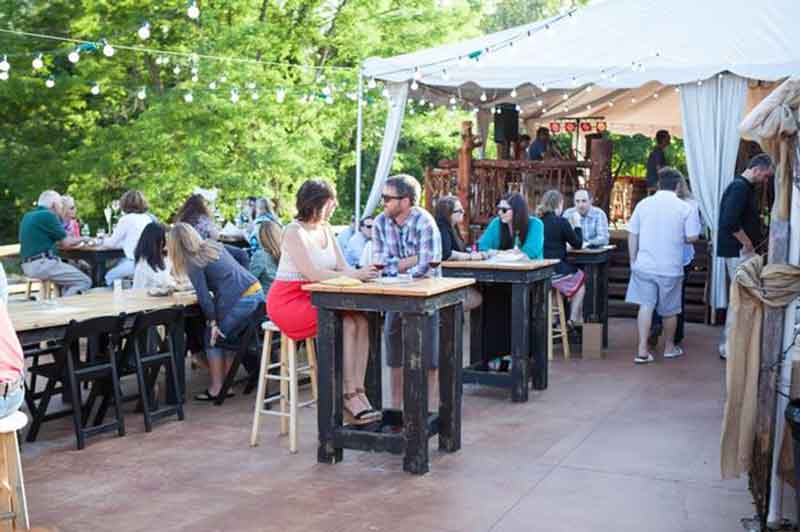 For a small city, Saratoga has a wide variety of locally-produced craft beverages. And they're all awesome. If wine is your thing, you can stop in at the Saratoga Winery (which is also now the official tasting room of Saratoga Courage Distillery, creators of Pick Six Vodka), Thirsty Owl Bistro, or the Swedish Hill tasting room. If you're looking for beer, grab a table at Druthers on Broadway to sample their popular local brews and menu items, or order a pint at other local beer hubs.

Craft beverages have had something of a renaissance in the past few years - and garnered a bit of a reputation for being hit or miss - but in our totally, 100% unbiased opinion, the craft beverage producers in and around Saratoga are some of the best in the world! When you're in Saratoga, try something local. You just might find yourself taking a case home. 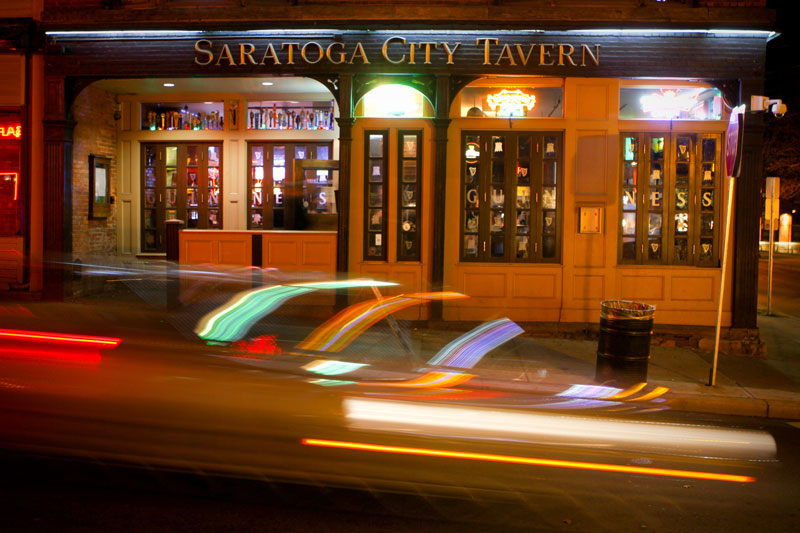 After the track has closed for the day and you've enjoyed a delicious meal, head out to Caroline and Henry Streets for Saratoga's bar scene. Live music, excellent draft lists, top shelf liquors, and rooftop/patio bars make these nightlife hotspots favorite hang outs for locals and visitors. We've even seen evidence to prove that the stars of the LiveNation concert series sometimes end up at the downtown Saratoga bars after their performances!

7. Going to UpBeat on the Roof at the Tang 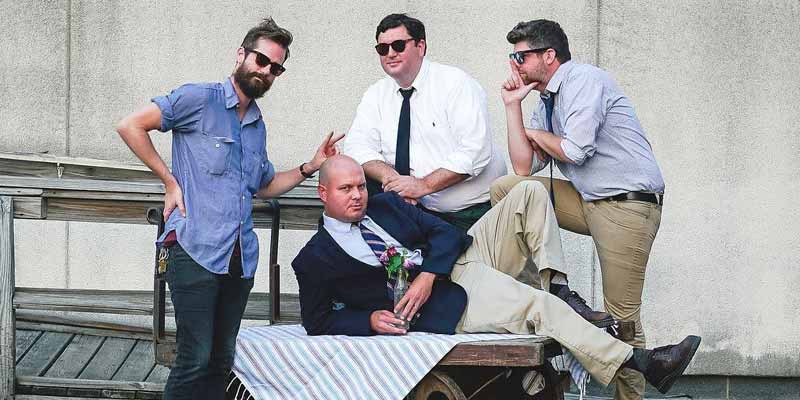 Pony in the Pancake appearing at UpBeat on the Roof. Photo provided by the Tang.

Who doesn't love rooftop concerts? In the summer the Tang Teaching Museum at Skidmore puts on a concert series highlighting regional talent. Completely free and featuring performances in a variety of musical styles, UpBeat on the Roof is a local gem that you don't want to miss. Enjoy your summer evenings rooftop-style at the Tang!

8. Taking an Iced Tea or Coffee to Congress Park 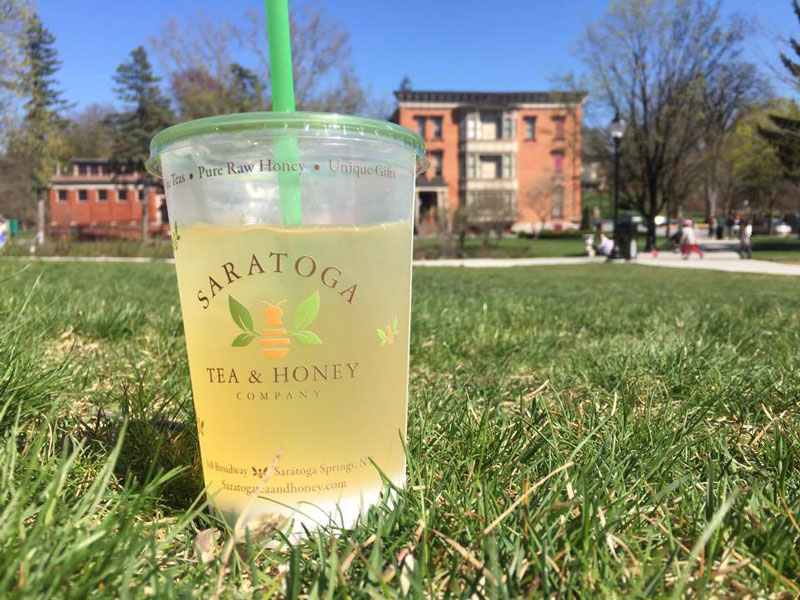 Saratoga has several great coffee shops, but we highly recommend two specific must-visits: Saratoga Tea & Honey and Saratoga Coffee Traders. Home to the now-famous Death Wish Coffee, Saratoga Coffee Traders is on a lot of must-do lists (including Adam Levine's), and we have to say it's in our top 10 for a reason! If tea is more your style, stop into Saratoga Tea & Honey for a freshly brewed tea with local honey as sweetener. Then take your beverage of choice over to a bench in beautiful Congress Park and enjoy the afternoon. If you time it right, you might even be there for early evening live music or a Shakespeare in the Park performance! 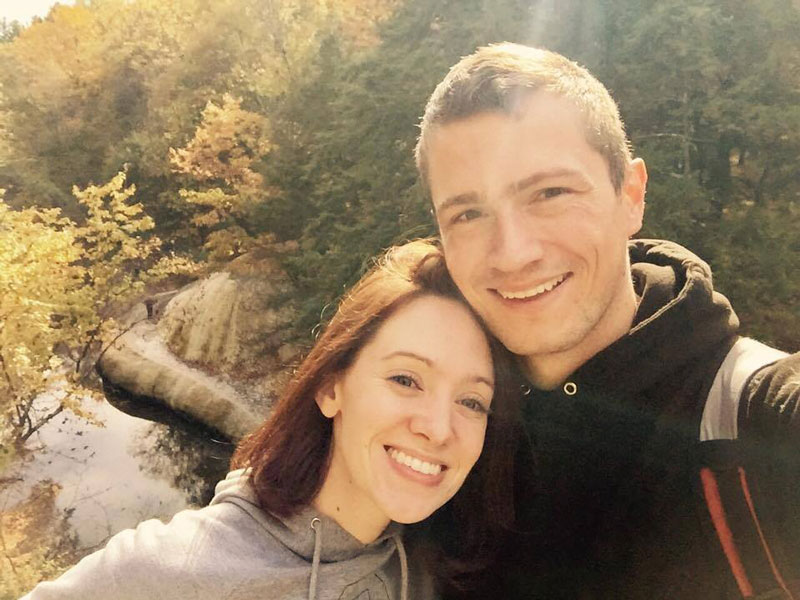 The Saratoga Spa State Park has over 10 miles of gorgeous trails for hiking, biking, walking, and even cross-country skiing (in the winter, of course). Beautiful year-round, you can explore the historic Hall of Springs, taste Saratoga's famous mineral waters, stop by the Victoria Pool for a dip, or head across 9 to the dog park to let your pup run off-leash. Even though Saratoga isn't far from the more famous hikes in the Adirondacks, the easy trails and subtle majesty of the Spa State Park make it a favorite with locals and visitors. Make sure you take the path past the large Tufa deposit at the Orenda Spring and stop on the bridge to SPAC for a photo-op! 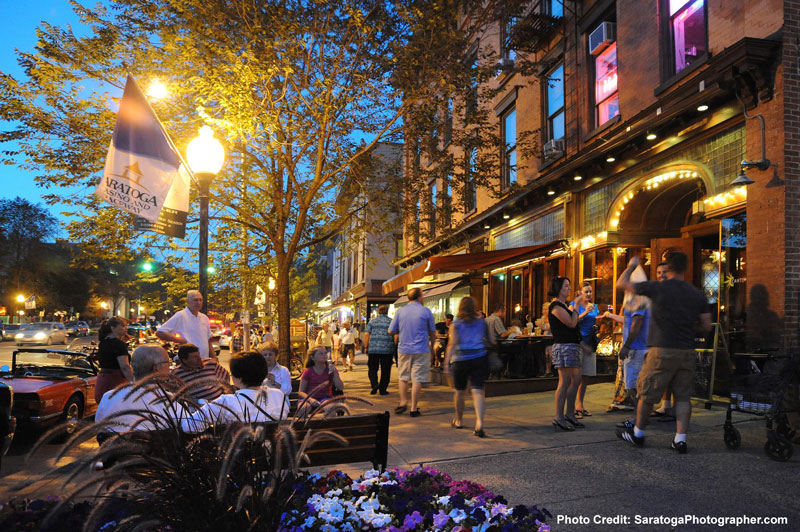 In the summer, there's nothing better than grabbing a table at one of the many restaurants with patio dining and sitting back to enjoy your delicious meal while watching all the people and cars go by. You'll see Ferraris driving next to Harleys while adorable youngsters stop to pet a friendly dog and racing fans in their hats and jackets stroll past.

Still looking for entertainment in Saratoga? Find more things to do »