Saratoga Race Course is reopening, live concerts have returned to SPAC, and Saratoga Springs is ready to welcome back everyone who hasn’t visited the area since 2019. A lot has changed over the past year, including the opening of many new local businesses. Below, we’ve shined a spotlight on 11 new shops, restaurants, craft beverage spots, and other businesses that you should know about.

TOGA HERITAGE: Show Off Your Love for the Spa City 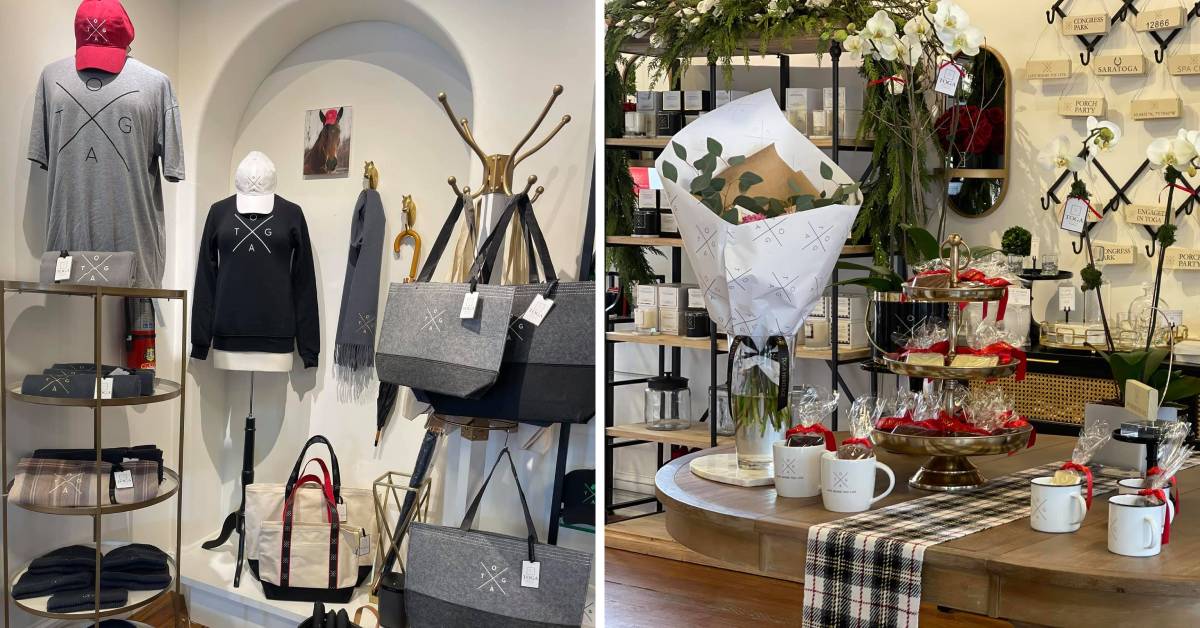 Whether you’re a local or a local at heart, TOGA HERITAGE’s line of Saratoga-centric lifestyle products is perfect for showing off your love for the Spa City. The store was previously located in a 300-square-foot space at 398 Broadway, but in July 2020, they officially moved to a larger 1,300-square-foot space at 322 Broadway. TOGA HERITAGE sells shirts, hats, bags, home goods, celebration items, and other unique gifts that encourage customers to take pride in Saratoga’s culture and history. 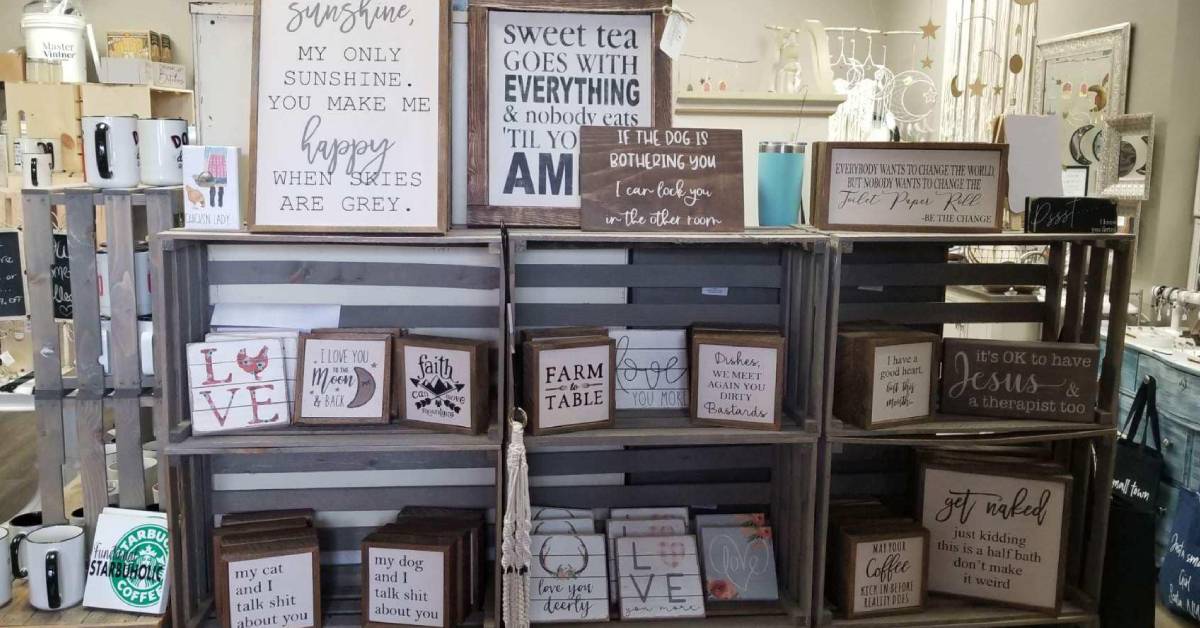 Shopping should be a fun, stress-free experience, and at Life Made Simple Boutique, you can browse around and pick up a variety of products that will improve your health, home, and overall happiness.

This woman-owned boutique has locations in Burnt Hills and on Beekman Street in Saratoga Springs, and you can find everything from lovely gifts and home decor to seasonal women’s fashion, jewelry, plants, and drinkware. They also have a self-healing station offering healing crystals, stones, and more. 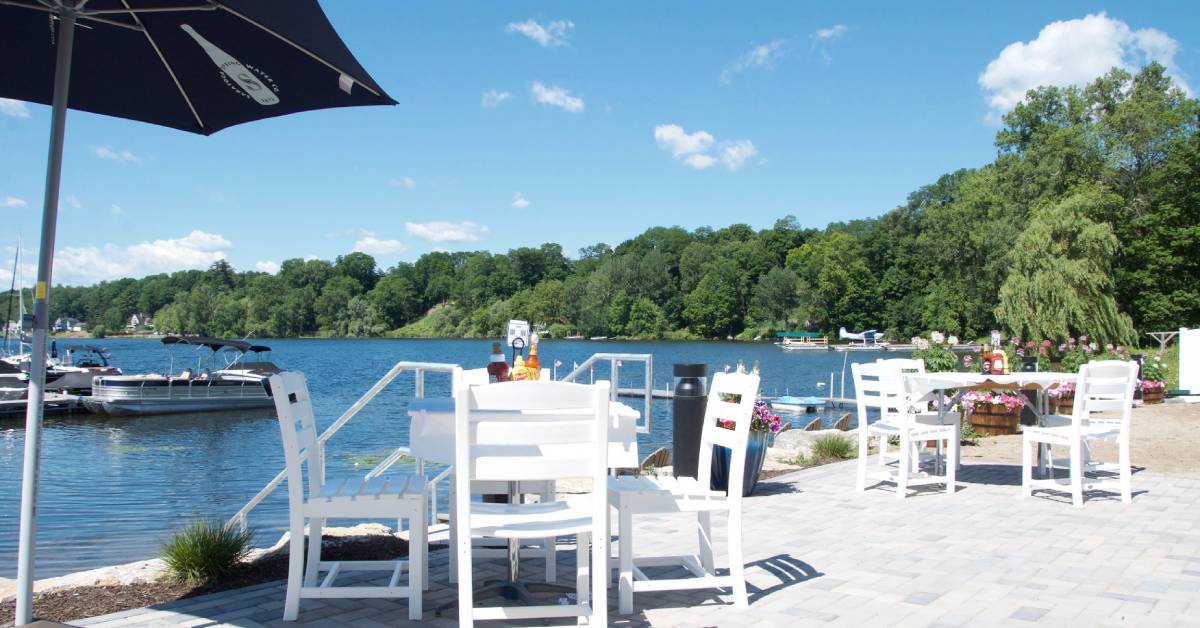 Located at the north end of Saratoga Lake, 550 Waterfront Restaurant & Bar is the new place to go for scenic outdoor dining. The restaurant opened last summer at the site of the former Lake Local, and it’s quickly become a popular spot for superb seafood and craft cocktails. Try the Blackened Mahi Mahi, a Swordfish BLT, or their special Five Fifty Lobster Roll outdoors on the spacious patio.

Brasserie Benelux: Get a Taste of Authentic European Cuisine

Saratoga Springs is home to multiple restaurants offering international cuisine, such as Italian, Spanish, Mediterranean, and Indian. However, at the new Brasserie Benelux on Broadway, you can taste a variety of European dishes all in one place.

This casual 144-seat restaurant opened in April 2021, and operational partner and chef Armand Vanderstigchel has developed a diverse menu that draws on Belgian, Dutch, German, Austrian, Czech, and other influences. Sink your teeth into their World Famous Jager Schnitzel or the Belgian & Mac Gruyere Cheese Cast Iron Casserole.

Although many of us were disappointed when Ravenous Creperie closed its doors last November, a new restaurant is making a name for itself in the same space at 21 Phila Street. Named Trattoria Fortunata, this Italian-American eatery was founded by Fonda native Kyle Geniti, who according to Saratoga Living has years of experience in the local restaurant scene.

Trattoria Fortunata’s menu offers an excellent selection of classic Italian dishes, but you can also expect to see some modern American influences. Try the Broccoli Rabe with garlic and cherry peppers, the tangy and flavorful Chicken Piccata, or the Impossible® Bolognese, made with Impossible® plant-based meat. 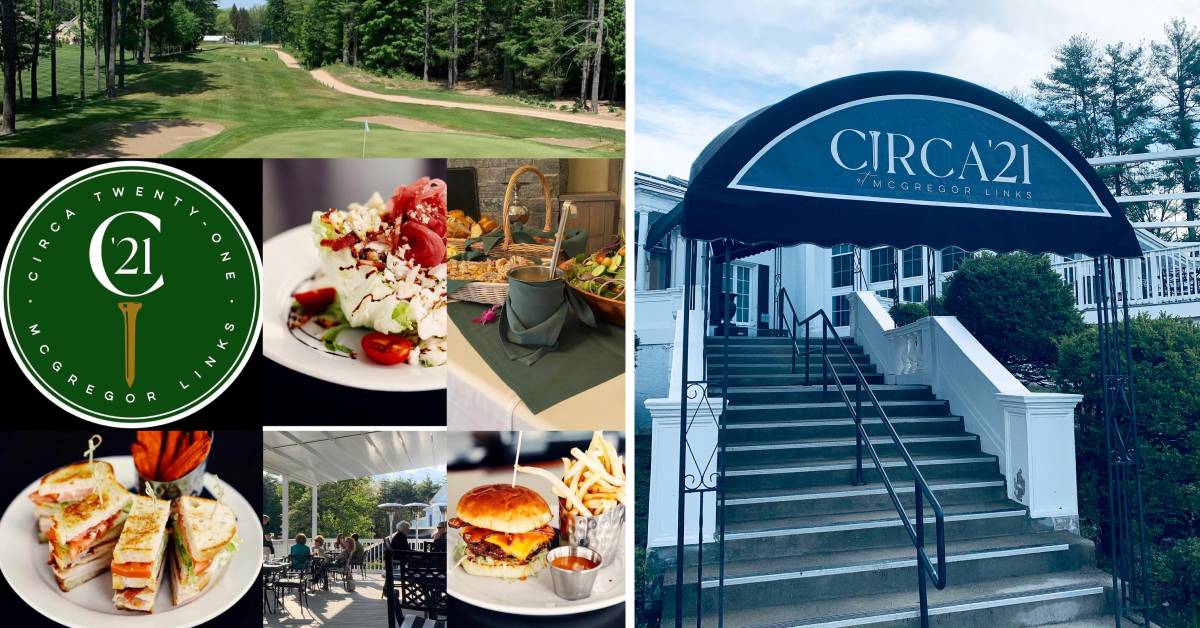 Created by a group of friends, business colleagues, and a locally renowned chef, Circa ’21 is the new restaurant at McGregor Links Country Club in Wilton. The name Circa ’21 celebrates both the country club’s grand opening in July 1921 and the restaurant’s opening in April 2021.

This majority female- and veteran-owned restaurant specializes in American pub style food, and the menu features flatbreads, sandwiches, burgers, and savory entrees like slow roasted beef and pan seared salmon. Join them after a round of golf or any time you’re in the mood for a memorable meal in a family atmosphere. 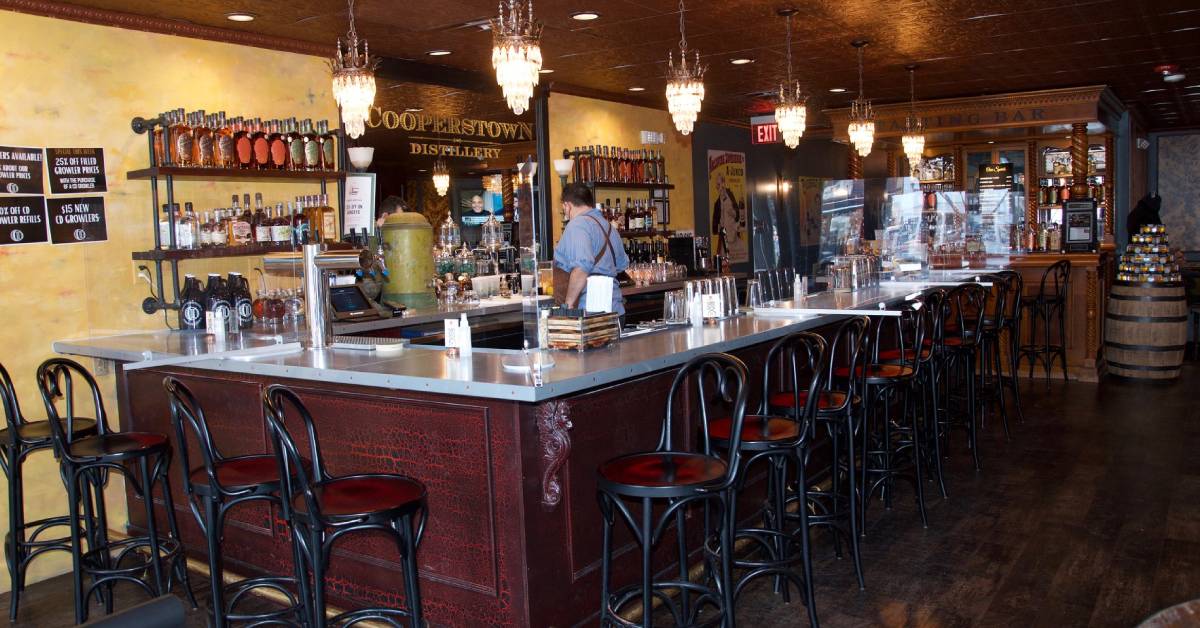 Founded by pharmacists Brian Fox and Nathan Rogers in May 2021, Active Ingredient Brewing Company in Malta is one of the newest additions to the region’s growing craft beverage scene. Due to their scientific background, they believe in breaking beer down to a molecular level to help better understand all of the ingredients that make each brew unique.

The brewery’s current offerings include a robust porter, a New England style pale ale, a sour ale that can be infused with different flavor syrups, hard ciders, and more. Enjoy your craft beer with some food in the taproom or on the large patio.

Darling Doughnuts: A Feast for the Eyes and Taste Buds 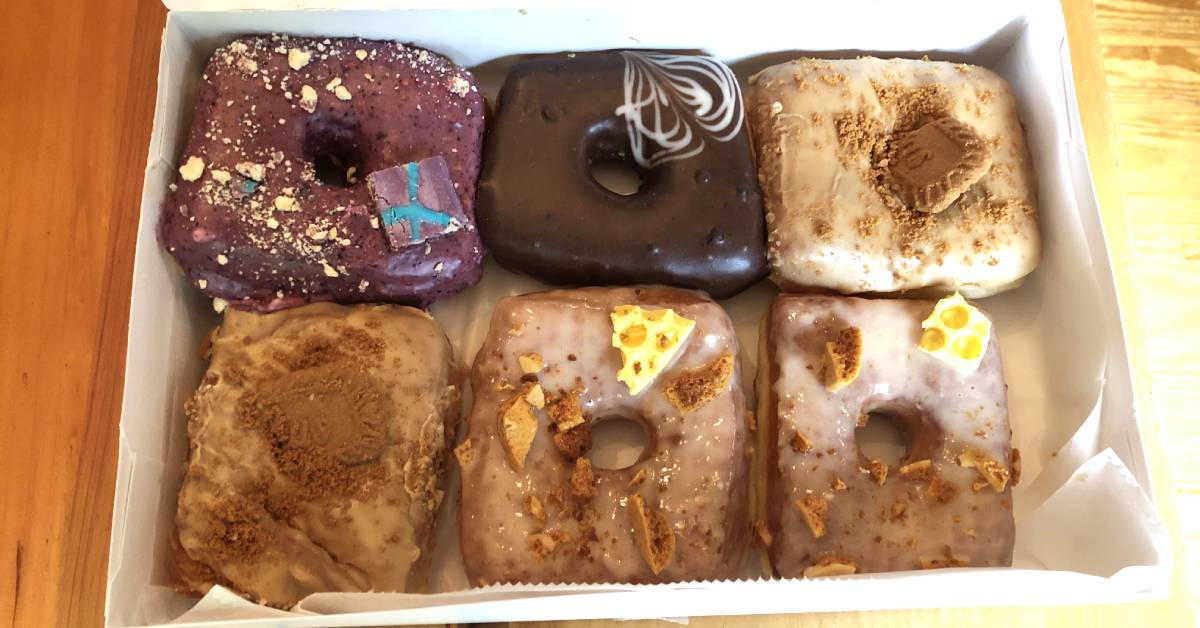 With flavors like Galaxy Glazed, Hot Fudge Sundae, and Cookies & Cream, you know you’re in for a treat when you stop by Darling Doughnuts in downtown Saratoga. After starting out as a local pop-up shop selling handcrafted, gourmet doughnuts, Darling Doughnuts opened a permanent storefront at 441 Broadway in July 2020.

The store’s colorful and creative doughnuts are made daily using fresh, local ingredients, and they have different flavors every week. Be sure to get in line early for the best selection in the morning. 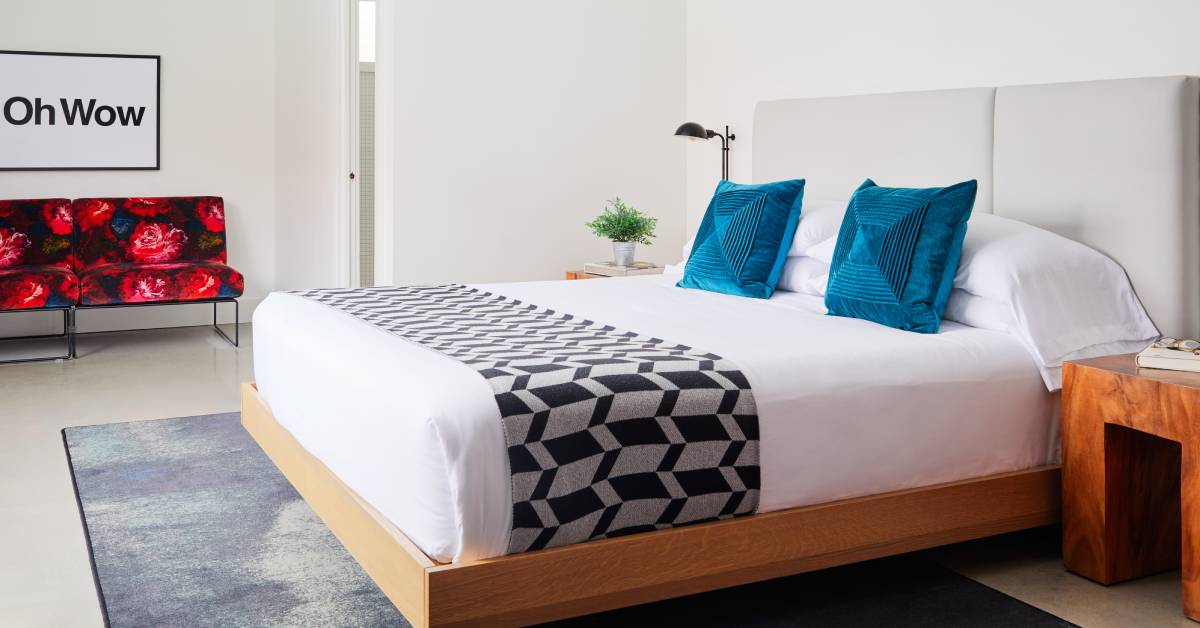 Nothing beats the convenience of staying overnight in the heart of downtown Saratoga, and the new Spa City Motor Lodge is located right on Broadway. Formerly known as The Downtowner, this vintage motor lodge has been transformed by Bluebird by Lark Hotels into the perfect home base for exploring everything the Spa City has to offer.

There are 42 guest rooms and suites featuring simple, design-forward furniture and modern amenities. The hotel also has a shared interior courtyard and coffee bar where you can relax after a fun day in Saratoga.

You’ve likely visited Saratoga Springs before, but have you ever thought about living here? In May 2021, downtown Saratoga welcomed the new Broadway 385, a luxury apartment complex that offers unparalleled service and top-notch amenities. The property features 69 apartments equipped with smart home automation, a state-of-the-art parking garage, and easy access to shops and restaurants. Consider living at the center of it all at Broadway 385.

As you can see, there are many new restaurants to try, shops to explore, and businesses to check out during your summer visit to Saratoga. Start making plans for your next trip today!