Popular Saratoga Area Bird Species and When to Find Them

From woodpeckers to herons, hawks, songbirds, and beyond, the Saratoga Springs area is home to an abundance of birds. During each birding adventure here, you'll likely encounter a local species you've never seen before. However, while there are hundreds of different bird species to observe, these are some of the most popular ones you'll find in the region.

The Bobolink: A Medium-Sized Songbird Found in Open Grasslands 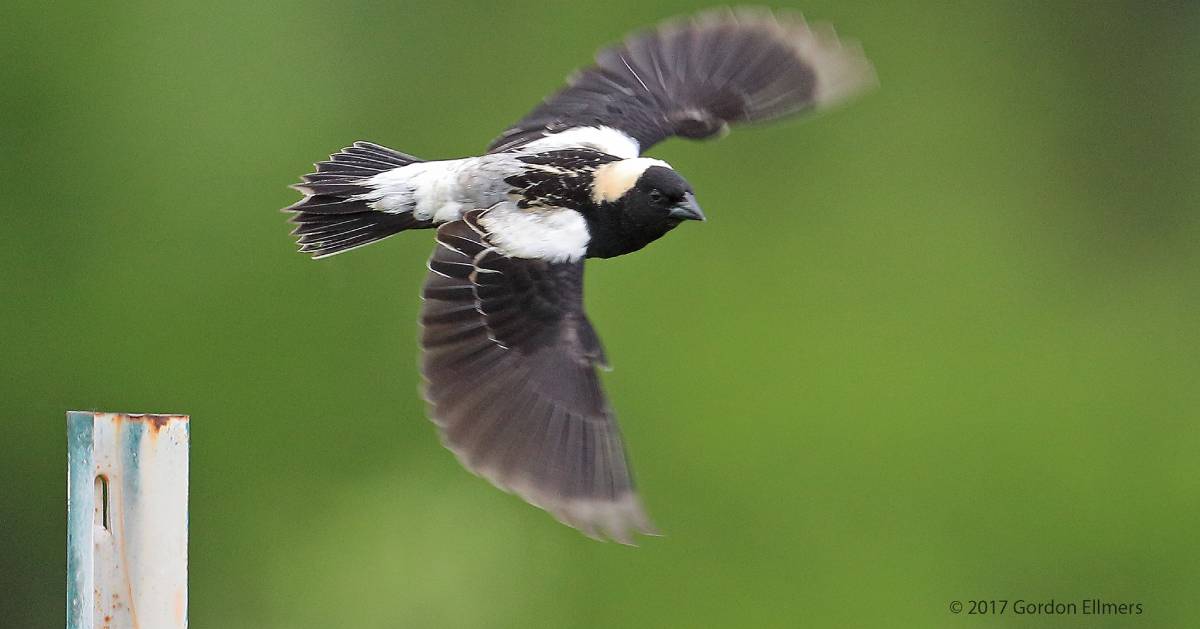 Here in Saratoga, the bobolink is a migratory songbird that nests in mid-May and then departs in fall for their wintering grounds in South America. Bobolinks are about 6-8 inches long and have a unique appearance. Breeding males feature a black underside and buff-colored "cap" of feathers on their head, and females, juveniles, and non-breeding males have yellow/buff colors underneath and brown tails and wings.

These medium-sized songbirds are commonly found in open grasslands, but you may spot them in former hayfields as well. They like fields with medium-tall grass and about 1 inch of thatch on the ground, with few trees and shrubs nearby.

The Short-Eared Owl: Look for Their Piercing Yellow Eyes 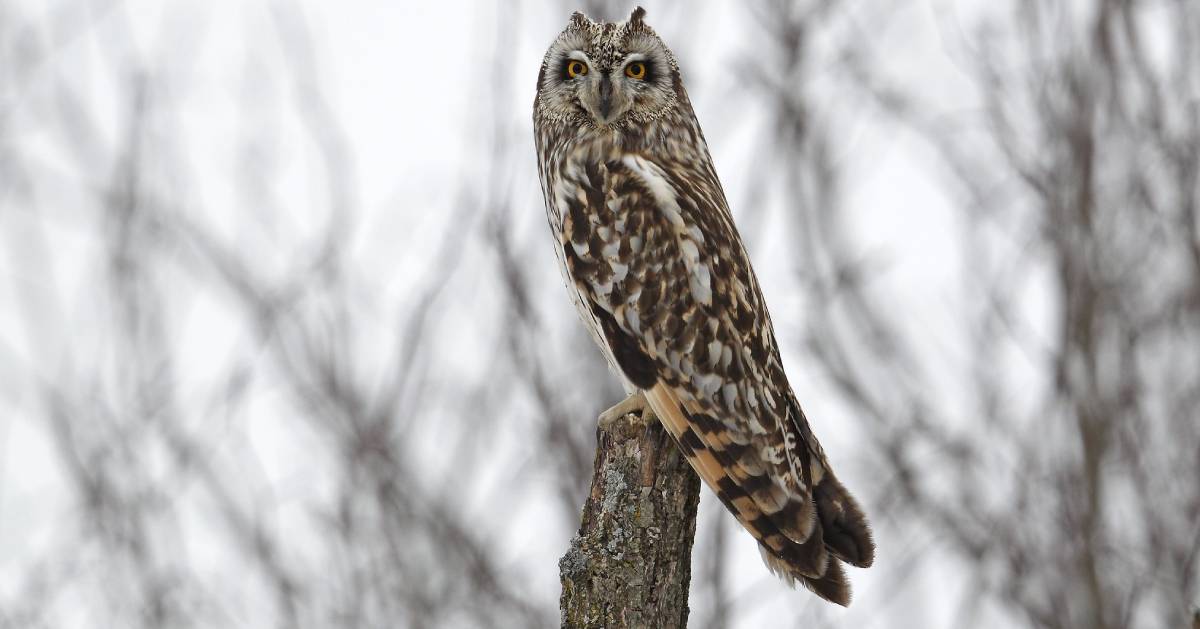 Short-eared owls are medium-sized owls and lovers of the wide open country. These birds live in a mix of grasslands and marshlands, and they are the most diurnal of all northeastern owls.

Short-eared owls are rare and endangered in New York State. However, small flocks of these owls frequently winter in the Washington County Grasslands Important Bird Area (IBA). You can typically see them at dawn, dusk, or in the late afternoon. The short-eared owl's black-rimmed yellow eyes and round, beige facial disk are two of its most distinguishing features. 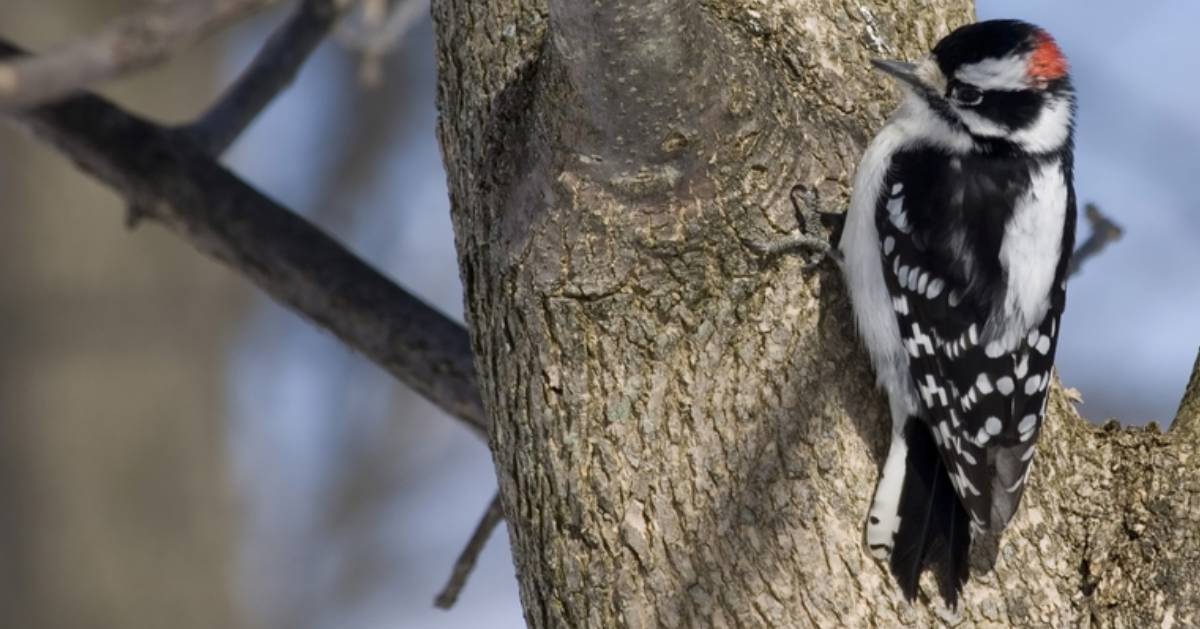 While they may be hard to spot at first, the downy woodpecker is a common bird throughout the United States and southern Canada. Males are recognizable for the bright red patch on the back of their head, and females have a black patch. You can find them year round in the local region feeding on trees or perched on small branches and twigs. 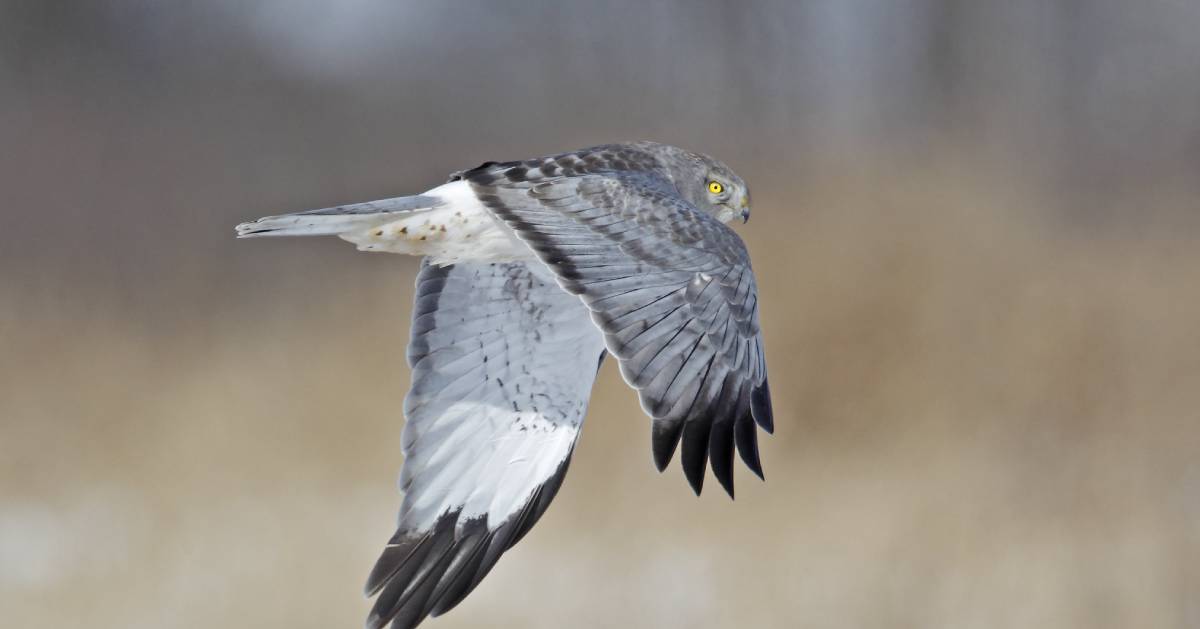 Formerly known as the marsh hawk, the northern harrier is a year-round resident of the Saratoga area that is viewed as one of the country's most agile and acrobatic birds. They are, however, considered a threatened species in New York State. Featuring a slender body and long yellow legs, this predator can cover up to 100 miles each day while hunting. The best time to look for these birds is during their breeding period (May through June) and in winter.

The Eastern Meadowlark: Hear Them Whistling in Early Spring 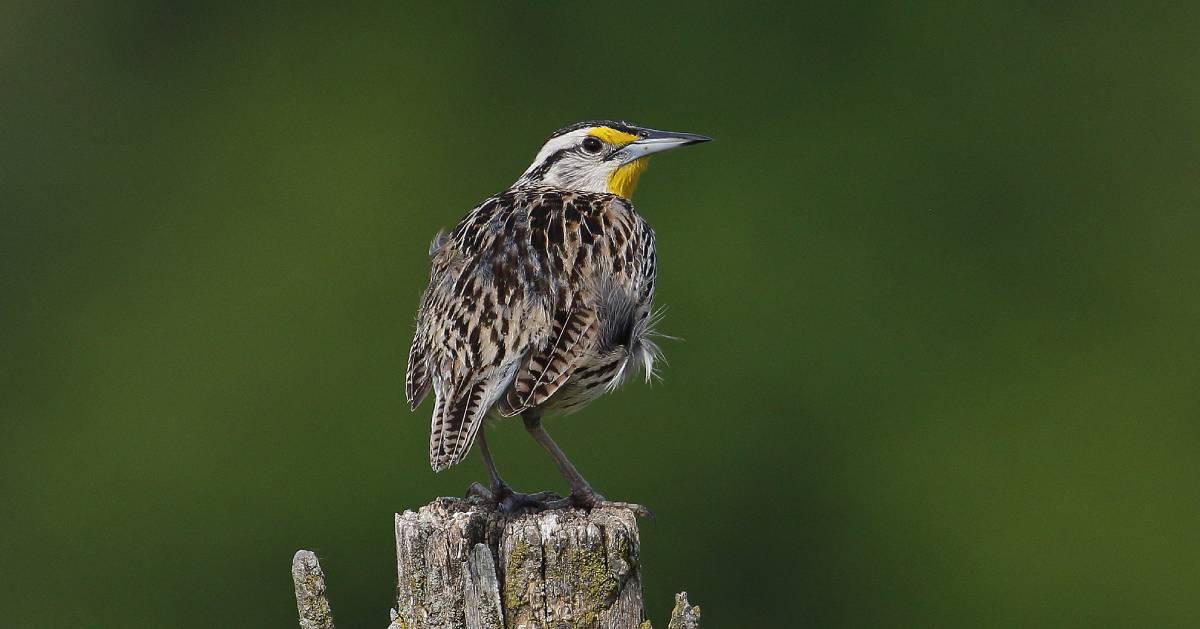 Visit local grasslands in spring and keep your ears open for the sounds of a flutelike whistle. During their breeding period in early April, male eastern meadowlarks are vocal and can be seen singing from exposed and elevated perches. After a male and female eastern meadowlark pair up, the female will begin building a nest about one week later.

These medium-sized songbirds range in size from about 7.5-10.2 inches, with males typically being larger than females. Once common in the Eastern United States, these colorful songbirds have lost 84% of their population in New York State and are now a species of concern. You can still see them in protected grasslands in Washington and Saratoga County. 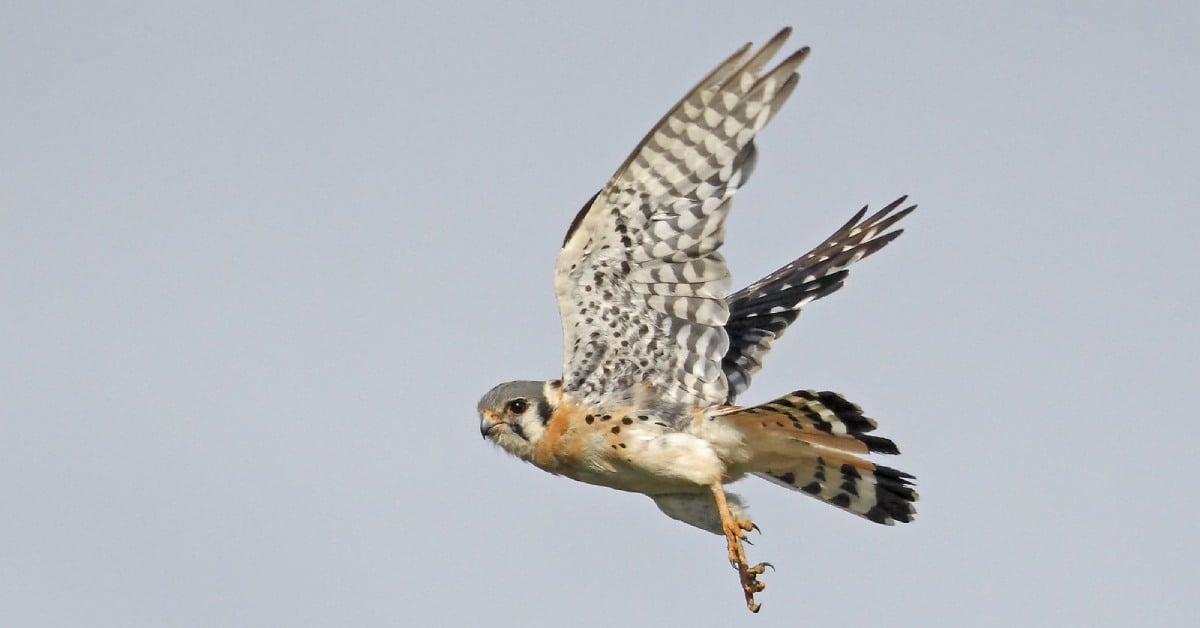 Kestrels are the smallest falcon in North America. They're found in open grasslands and fields, where they hunt insects, snakes, mice and other rodents. Their populations have been steadily declining across North America - especially in the Northeast U.S. - due to pesticides and habitat loss. You can still find them perched on power lines or hovering over open fields in the Washington County Grasslands or grasslands in Saratoga. 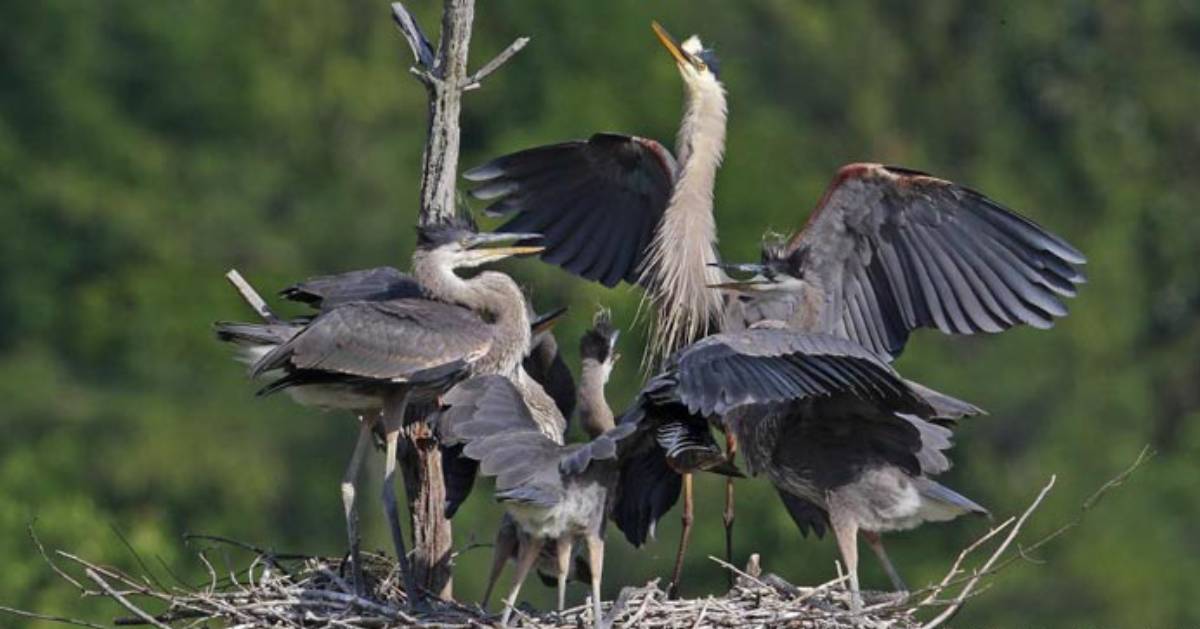 Have you ever passed by a pond or marshy area in Saratoga and seen a large bird standing still there? More often than not, it's a great blue heron, a large wading bird with long, slender legs, a yellow bill, and blue-gray coloring on its body.

These birds are local and common breeders in Upstate New York, and they are active around dusk and dawn. Great blue herons are a year-round resident in the area, but you'll see more of them during breeding season (mid-April to late-June) and summer. Many migrate before winter, while others stay and forage for food near open bodies of water.

The Bald Eagle: One of North America’s Largest Birds of Prey 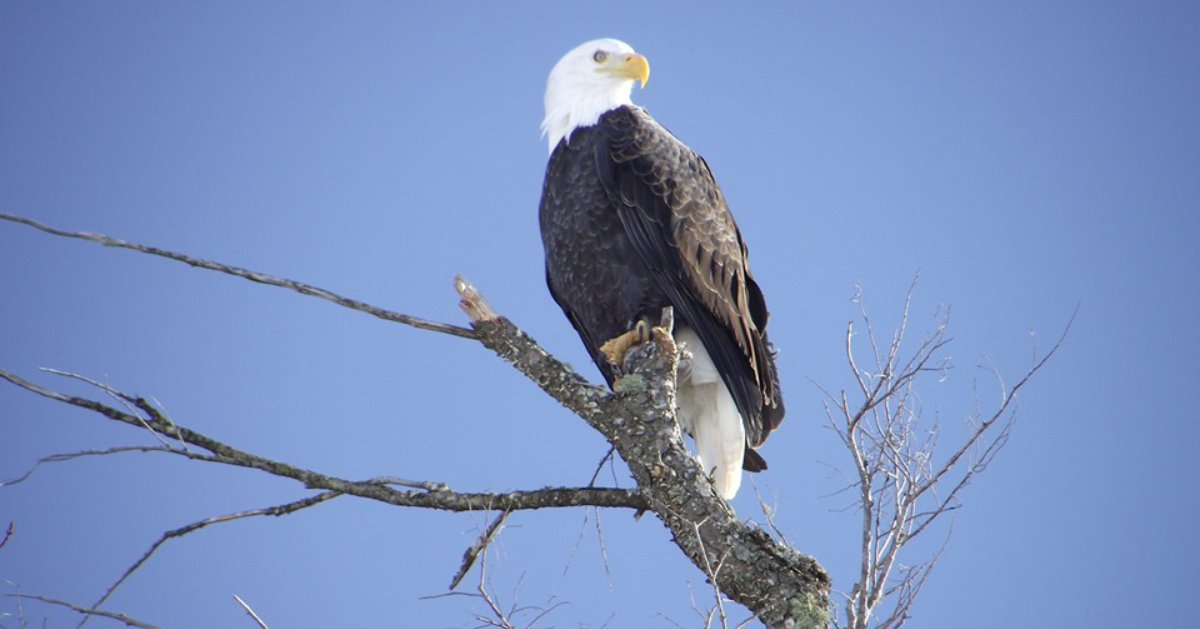 The majestic bald eagle isn’t just a symbol of our country, it’s also one of the largest birds of prey in North America with a wingspan of 72-84 inches and a height of 30 inches. You can easily recognize a mature bald eagle by its brown body, white head, and yellow bill, while immature bald eagles are mostly brown all around.

These birds are threatened in New York State, so it’s important to be mindful and keep a safe distance when seeking them out on a bird-watching trip. Bald eagles are an uncommon year-round resident of the Saratoga area, and your best chance to see one is during their wintering period. Wintering eagles arrive in December, and the greatest concentration of them occurs in January and February. Look for them in the sky or perched high on tall white pine trees near water.

Are you ready to plan your next birding adventure in Saratoga? Explore these popular bird-watching trails »

« Back to the Saratoga Birding Guide