Attend the 2023 Flurry Festival in Saratoga Springs: A Festival of Traditional Dancing & Music

Traditionally held in Saratoga Springs, NY, the annual Flurry Festival is one of the largest folk dance and music festivals in North America, drawing roughly 4,500 attendees and 400 performers. The original Flurry Festival, now called Winter Roots, will be held February 17-19, 2023 in the Saratoga Springs City Center and other venues, and an expanded version of the event, Spring Bloom, will take place June 2-4, 2023, at the Schaghticoke Fairgrounds. 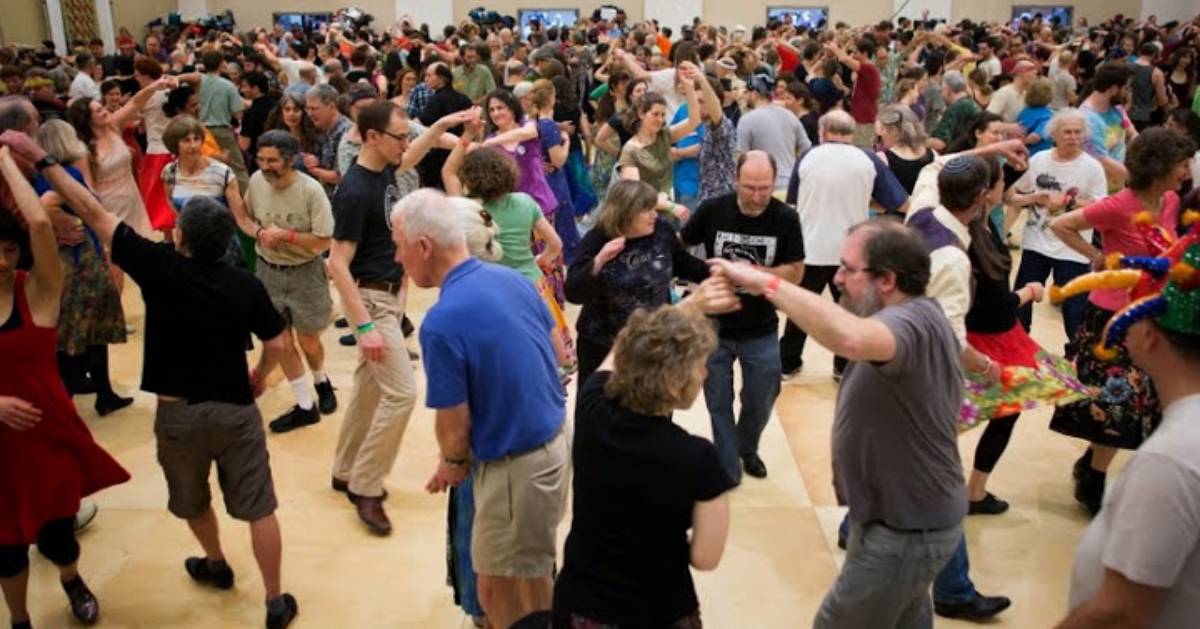 The first Flurry Festival event of 2023 will be Winter Roots, which will be held on February 17-19. This will be a smaller version of the event, with sessions on contra, swing and blues, Irish, English country, waltz, balfolk, Czech, square dance, sean-nós/old style Irish, Métis and French Canadian, samba, Israeli, and Scottish country dancing, along with concerts, workshops, and plenty of jams. On Sunday, Winter Roots will also hold swing programming throughout the day.

All levels of experience, from beginner to more advanced, are welcome at the event. There will be plenty of opportunities to learn! However, Winter Roots will not include family or children’s programming.

Organizers shared, "The Winter Roots festival will be on the traditional Presidents Weekend in Saratoga, but will take us back to the early days of the Flurry through reduced programming focused on traditional New England dance forms such as contra and English country, along with swing all day on Sunday, couples’ dancing, and Balfolk."

Look Ahead to The Flurry Festival: Spring Bloom

Organizers also shared a little bit about Spring Bloom, so you can look ahead to this fun event. They stated, "Spring Bloom, from June 2-4, will see the full scale, variety, and color of the contemporary Flurry blossom in a new outdoor environment at the Schaghticoke Fairgrounds (about a half-hour southeast of Saratoga)."

More information on these two events can be found at https://www.flurryfestival.org/about/.