Fat Biking: A Fun Way to Explore Saratoga in Winter

By now you've probably seen a fat bike in the state park, locked up on Broadway, or for sale at a local shop. This fast growing winter sport is popular among mountain bikers, cyclists, and people looking for an easy way to get around town in the snow. Discover the sport of fat biking and find out the best spots to give it a spin in Saratoga. 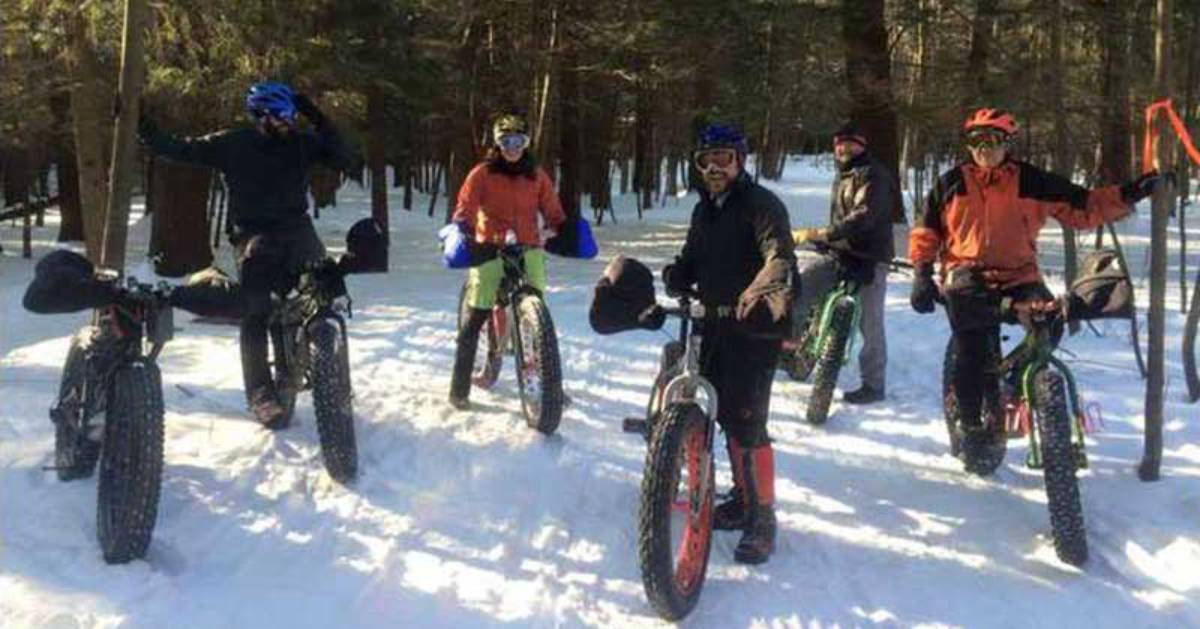 Fat biking is the result of an evolution in traditional mountain biking. In the frigid landscapes of Alaska, riders needed a way to cut through the snow. The blazing landscapes of New Mexico left riders looking for a way to conquer the soft sands of the desert. This led to innovations that paved the way for the fat bikes of today. The wide tires are kept at a lower pressure than traditional bike tires, allowing them to glide over snow, sand, and other slippery conditions.

The sport took hold in 2005 when the first fat bike hit the market across a widespread area. Riders who were tired of being cooped up in the winter months quickly embraced the sport. In recent years, the fat biking community has taken off, ushering in events and groups dedicated to the sport.

Fat bikes aren't limited to snow, sand, mud and other challenging trail conditions. Ride one anywhere you'd ride a typical bike or give one of these trails a try:

The groomed trails at Saratoga Spa State Park are a great spot for winter fat bike rides. The park is a nice spot for new riders getting used to their fat bikes.

Located a short drive from downtown Saratoga, Daniels Road State Forest in Greenfield has a variety of mountain biking trails. These trails range from easy (green circle) to extremely difficult (double black diamond), so be sure you're comfortable on your bike before attempting a ride on the tougher sections. See a map »

Located in the Towns of Wilton & Northumberland, this nature preserve has plenty of beginner trails. Be mindful of going off trail as the neighboring land is privately owned and the Coldbrook Preserve does not permit biking.

Since 2015, this annual winter event brings fat bikers from across the region together in Saratoga Spa State Park. The Saratoga Fat Bike Rally includes a variety of rides, races, and fun events that highlight all aspects of the sport. There will also be food and drinks, raffle prizes, and more. Registration is required.