Back in June 2021, we shined a spotlight on 11 new businesses that opened over the previous year in Saratoga County, including restaurants, shops, and craft beverage producers. Since then, the region has experienced an even greater surge of new businesses opening (over 25, in fact!), which is always exciting to hear.

If you’re interested in checking out some new places during your next visit, then take a look at these food and drink businesses, attractions, stores, and salons that are now part of the local community.

Satisfy Your Cravings for Delicious Food and Refreshing Beverages

Whether you’re in the mood for a freshly made bagel in the morning, classic American cuisine for dinner, or even a glass of champagne during happy hour, one of these 19 new food and drink businesses in Saratoga County has you covered. 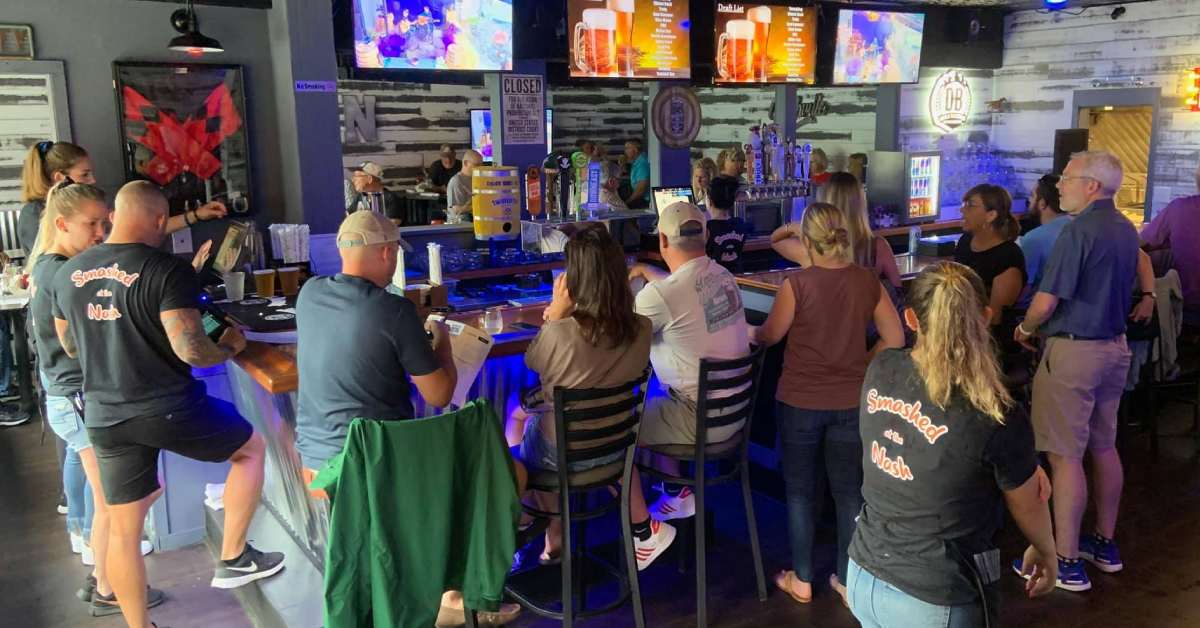 Featuring Nashville-inspired food and country music, Nashville of Saratoga has truly brought the spirit of “Music City” to the Spa City. The restaurant, bar, and live music venue opened in July 2021, and they are located at 39-41 Phila Street.

In September 2021, Lucy’s Bar, an eclectic bar specializing in cocktails, beer, and wine, opened at 5 Caroline Street in downtown Saratoga. Their creative cocktail menu includes year-round favorites like the Espresso Martini and the French Dispatch, as well as a list of signature drinks.

43 Phila Street in downtown Saratoga has been home to several restaurants over the years, and the newest one is called The District 43, which began serving New American cuisine in June 2022. Enjoy hearty dishes like strip steak, scallops, and lamb. 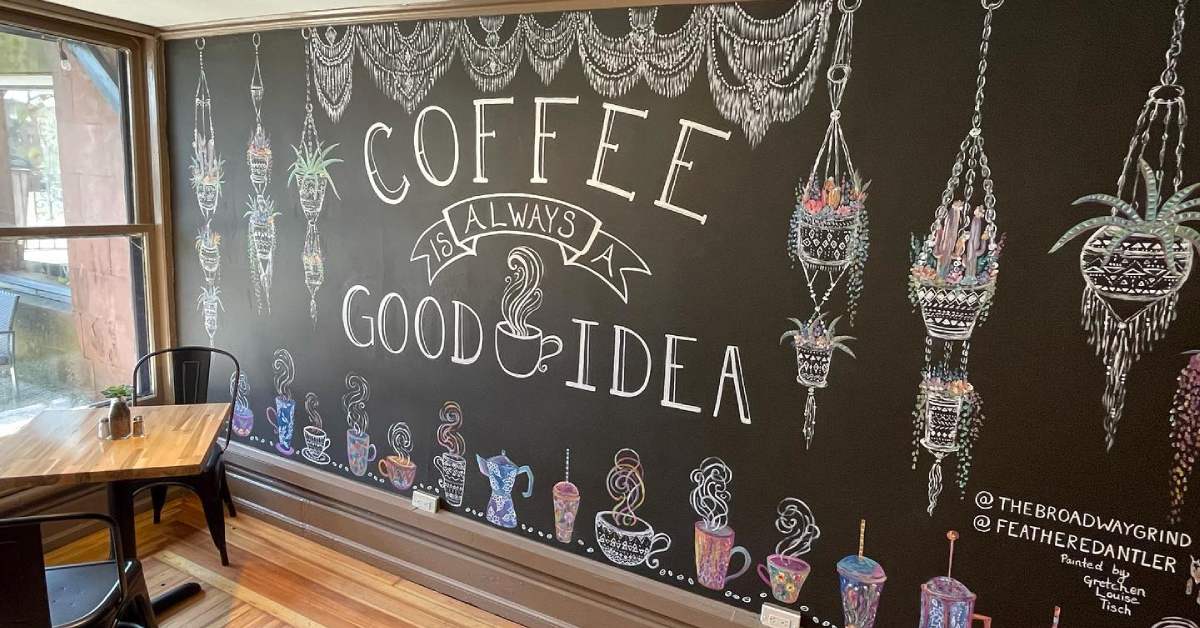 Want to kick back and relax in a cozy coffee lounge? Do you need a quick pick-me-up to get the day rolling? Order some locally roasted coffee at The Broadway Grind in downtown Saratoga, which opened in May 2022. The coffee shop also offers teas from Saratoga Tea & Honey and breakfast and lunch food.

For scratch-made ramen and expertly mixed cocktails, check out Rhea in downtown Saratoga, which opened in spring 2022. Rhea is the sister restaurant of Seneca and offers ramen, small plates made with fresh ingredients, craft brews, and inventive cocktails.

Recognized as Saratoga Springs’ first champagne bar, Bocage opened in April 2022 at 10 Phila Street. This is an intimate champagne bar with mixed seating and standing space that can accommodate 20-30 people, and their menu features champagne by the glass and bottle, classic cocktails, and more.

The Brick at 2 West

The Brick at 2 West, which opened in mid-December 2021, is a family owned restaurant with a homely atmosphere. Visit them at 2 West Avenue in Saratoga Springs for soups and salads, pizza, burgers, sandwiches, and comfort food like a chicken parm dinner and an open faced turkey entree.

One of the newest additions to downtown Saratoga’s nightlife scene is The Misfit, which opened just last month at 1 Caroline Street. The Misfit is a bar and cocktail lounge with an extensive drink menu that includes signature cocktails, staff favorites, mocktails, multiple craft beer options, and wine.

Open to both golfers and non-golfers, The Iron’s Edge is a new restaurant at the Ballston Spa Country Club that features 50 menu items and 12 draft lines. They opened in April 2022, and customers can expect the same quality and energy as their sister restaurant, The Hideaway at Saratoga Lake Golf Club.

The Galley Bar and Grill

The Galley Bar and Grill in Ballston Spa is a nautical-themed restaurant that offers something for every member of the family, including fish and shrimp, burgers and sandwiches, homemade mac n’ cheese, pulled pork tacos, and much more. Owners Andrew Costopoulos and Steve Crandall opened The Galley in September 2021. 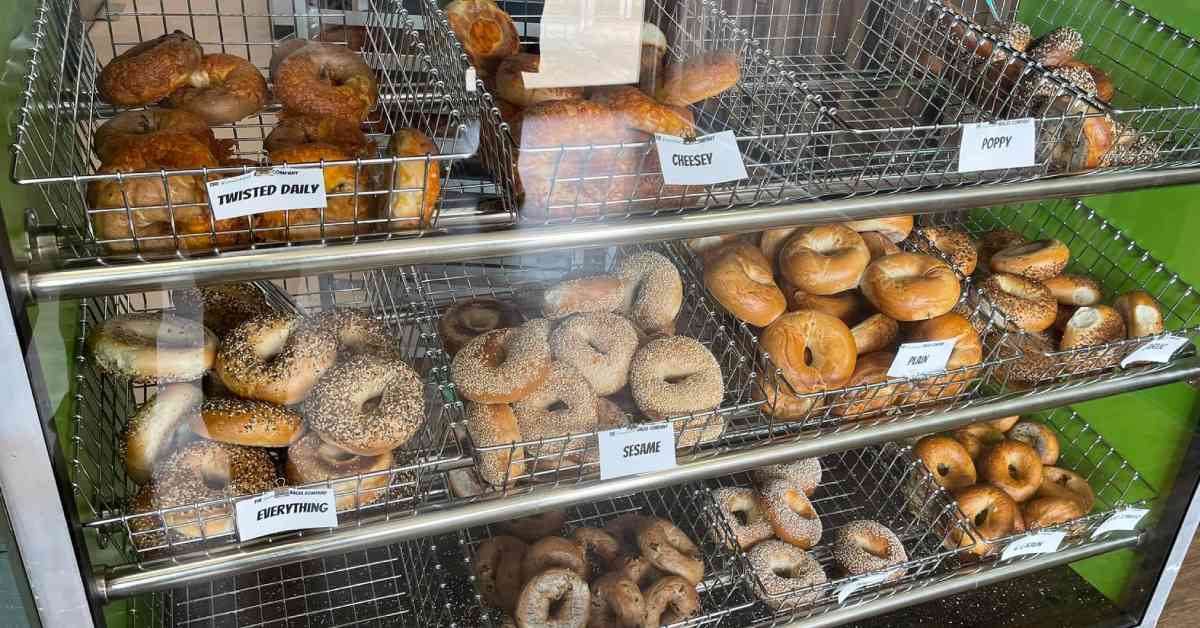 Nothing beats a fresh bagel first thing in the morning, and at The Twisted Bagel Company in Ballston Spa, you can look forward to enjoying made-from-scratch bagels, homemade cream cheese, and unique breakfast and lunch creations (made with bagels, of course). The bagel shop opened in August 2021 in The Shops of Malta.

In late 2021, The Sweetish Chef welcomed customers to their new bakery in downtown Ballston Spa as part of a soft opening phase. Flash forward, and The Sweetish Chef is now fully open for business and offering grain-free, low-carb versions of your favorite treats and snacks.

Finnigan’s on the Lake

Located in the former Villago Pizzeria & Ristorante on Ballston Lake, Finnigan’s on the Lake is an American/Irish tavern that offers burgers, specialty sandwiches like Finnigan’s Famous Reuben, traditional dishes like bangers & mash and shepherd’s pie, and more. The restaurant opened at the start of December 2021. 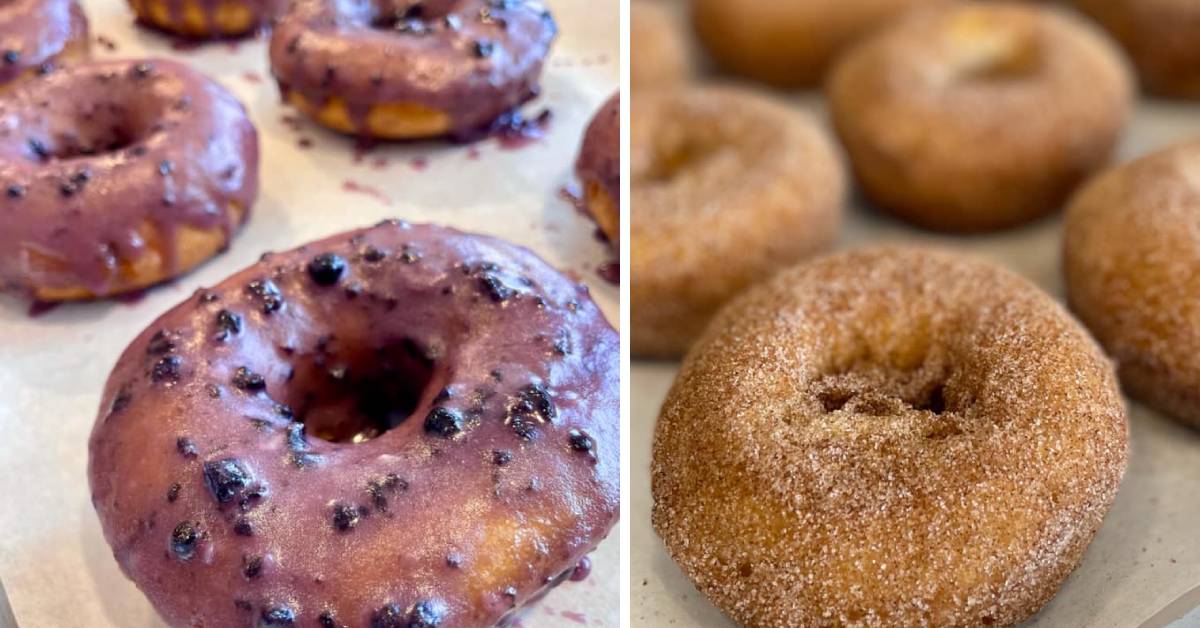 Sink your teeth into the fun and flavorful donuts at 518 Donuts in Clifton Park. The donut shop serves fresh cake donuts all day long plus coffee and breakfast sandwiches, and they officially opened on December 1, 2021, with a ribbon cutting celebration.

Feast on all your favorite tavern fare at The Flats Restaurant & Bar on Grooms Road in Clifton Park. The Flats opened in June 2022 with a menu that features sandwiches, wraps, burgers, mac n’ cheese, and entrees that range from Twin Sirloins to Gulf Snapper and “Louisiana” Chicken Pasta. 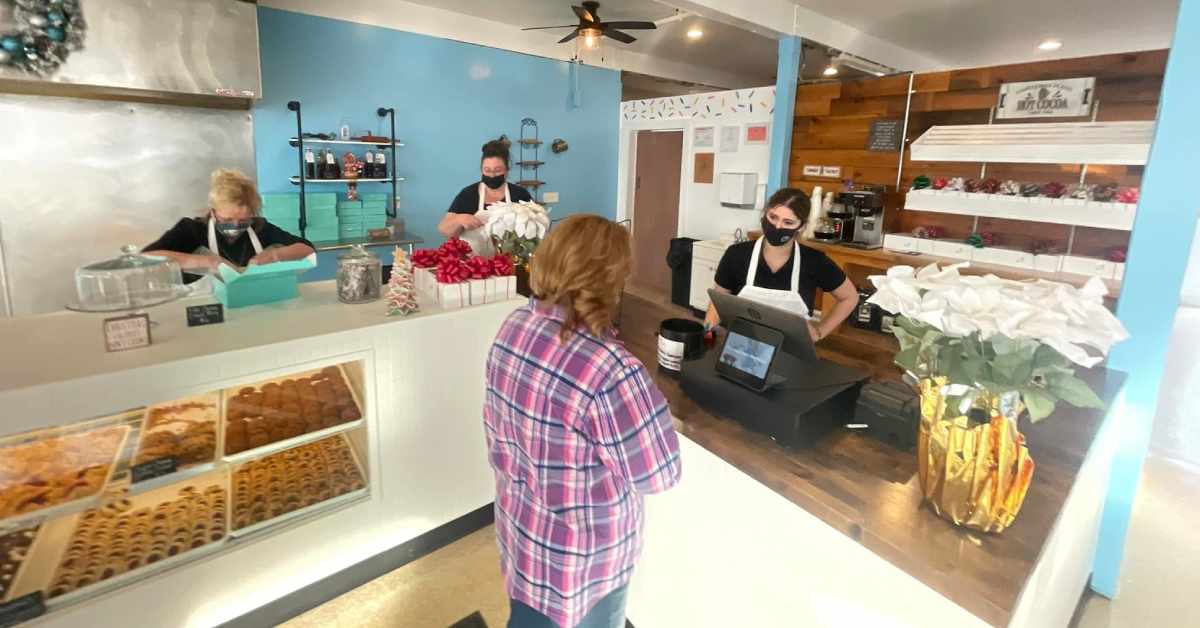 After starting out with a home bakery named The Sugar Fairy Bakes LLC in 2019, local baker Stacie Blair opened a new brick-and-mortar shop in Mechanicville in December 2021. Stop by and browse their selection of baked goods in person, or place an order for a custom cake or treats for a special occasion. 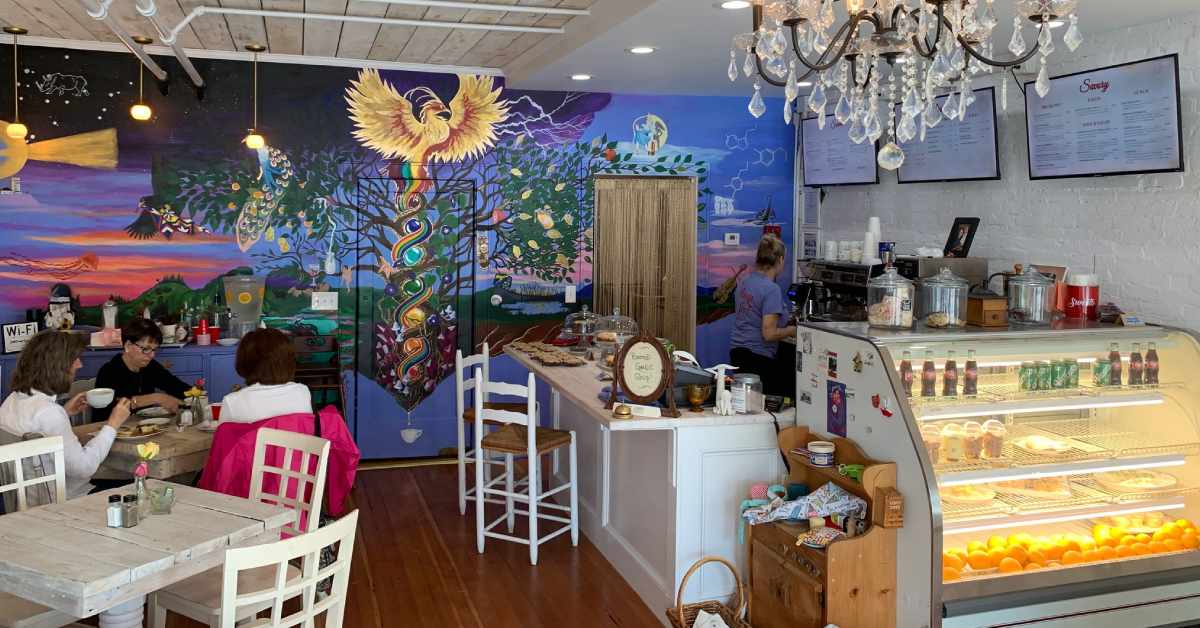 Local chef and baker Cynthia DeYoung opened The Village Tart, a new cafe in Schuylerville, in early February 2022. They offer breakfast and lunch items, and almost everything served is prepared in-house, such as the jams and salad dressings. Homemade pastries and desserts are available too!

Take a drive to northern Saratoga County and grab a bite to eat at Sweetie’s Cafe, located adjacent to the Bend of the River Golf Club in Hadley. Sweetie’s Cafe opened in July 2022, and they currently offer breakfast, lunch, and gourmet doughnuts.

Enjoy a Tiki Tour, Learn About The X-Files, and Play a Round of Indoor Golf

Looking for things to do in the region? Have some fun at these 3 new attractions that are well worth the drive. 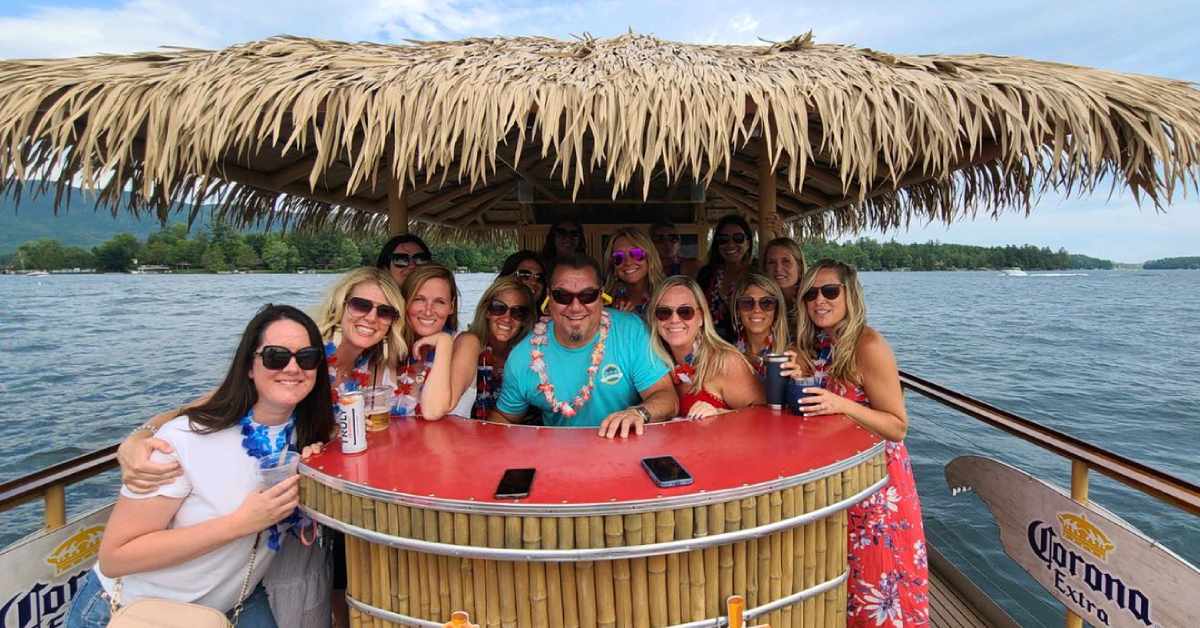 Popularly known for their boat tours on Lake George, Tiki Tours has expanded and opened a new location at Saratoga Lake as of May 2022. Life’s too short for a normal tour, so round up your friends for a ride aboard a thatch-covered, 12-passenger floating tiki boat.

Founded in April 2022, The X-Files Preservation Collection is a new museum that’s dedicated to preserving the history of The X-Files and celebrating those involved in creating the beloved series. The collection features thousands of screen used props, wardrobe items, set dressing, and more from The X-Files. 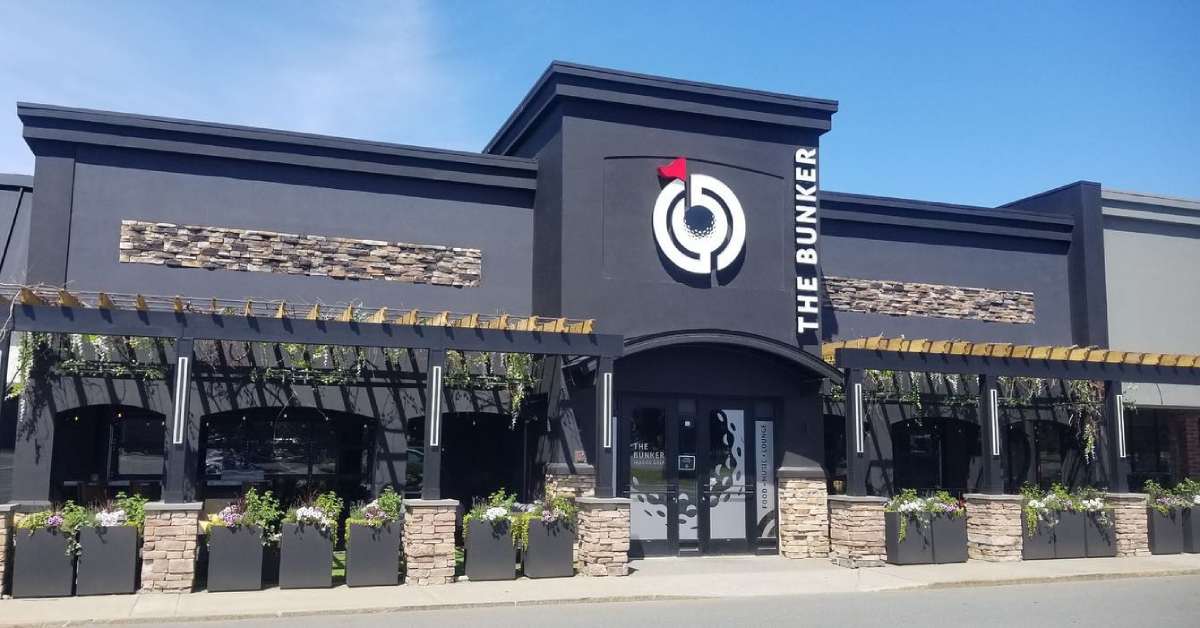 Practice your swing and hit the green at The Bunker in Clifton Park, a new indoor golf simulator venue, lounge, and bar that opened in October 2021. The Bunker combines state-of-the-art golf simulator technology with a country club-like atmosphere, and you can book a tee time for your group on their website.

From Plants and Flowers to Comics and Coffee, Find New Places to Shop

The Saratoga area is a shopping destination that continues to grow year after year. Here are 8 new stores to check out during an upcoming shopping trip. 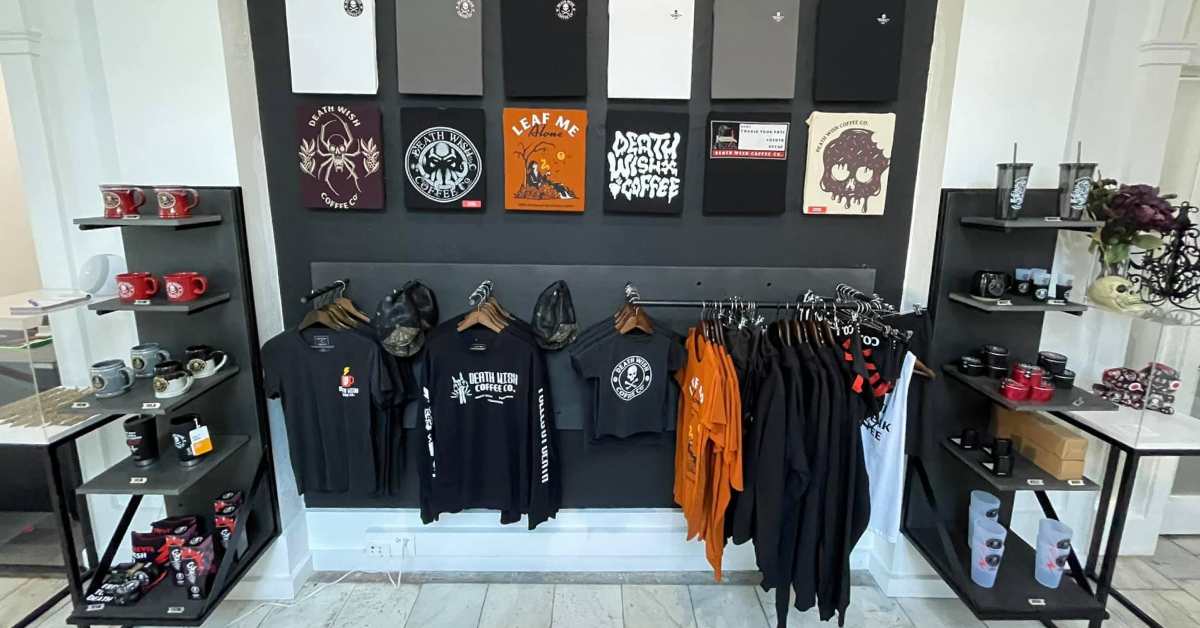 Are you a fan of the “world’s strongest coffee?” Come to Death Wish Coffee Company’s new storefront in downtown Saratoga, which officially opened in July 2021. You can pick up some Death Wish coffee products and merchandise, such as shirts, hats, mugs, and more.

Whether you’re on the hunt for a specific comic book, some board and card games, or collectibles to display on your shelf at home, Cosmic Capes Comics has what you need. The comic book store opened in September 2021, right down the road from Wilton Square. 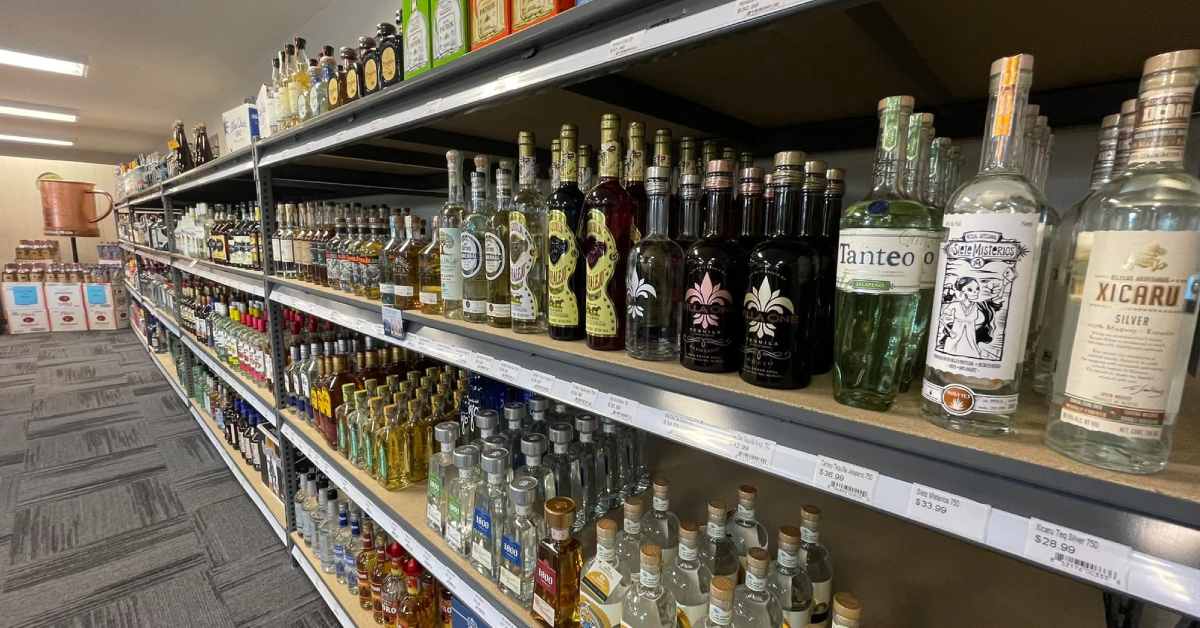 Stock up on wine, whiskey, vodka, and more at Saratoga Lake Wine & Liquor, which is conveniently located at the south end of Saratoga Lake. The wine & liquor store opened in June 2022, just in time for the beginning of summer in Saratoga Springs. 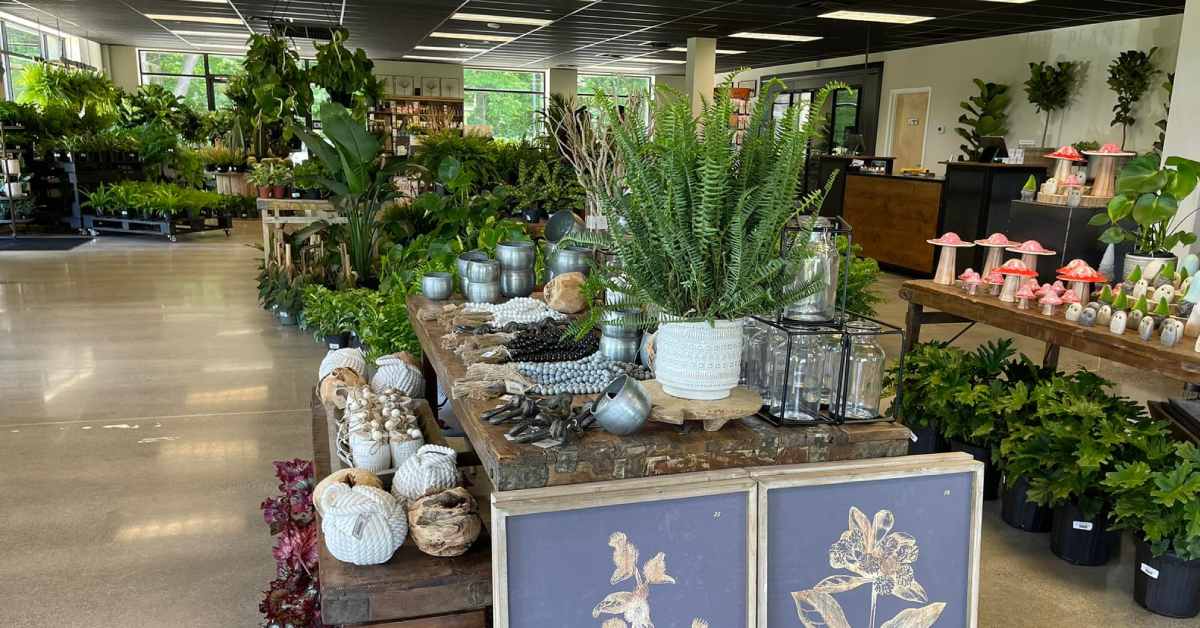 Located in Clifton Park, The Plant Hatch is a locally owned and operated flower shop and garden center that opened in June 2022. When you walk through the store, you’ll find everything from beautiful floral arrangements to houseplants, home decor, and other gifts.

Since opening in late 2021, Madira Wine & Spirits has been filling a void in western Clifton Park, where there are few liquor stores compared to the other side of town. The store offers a unique selection of alcoholic beverages at reasonable prices. 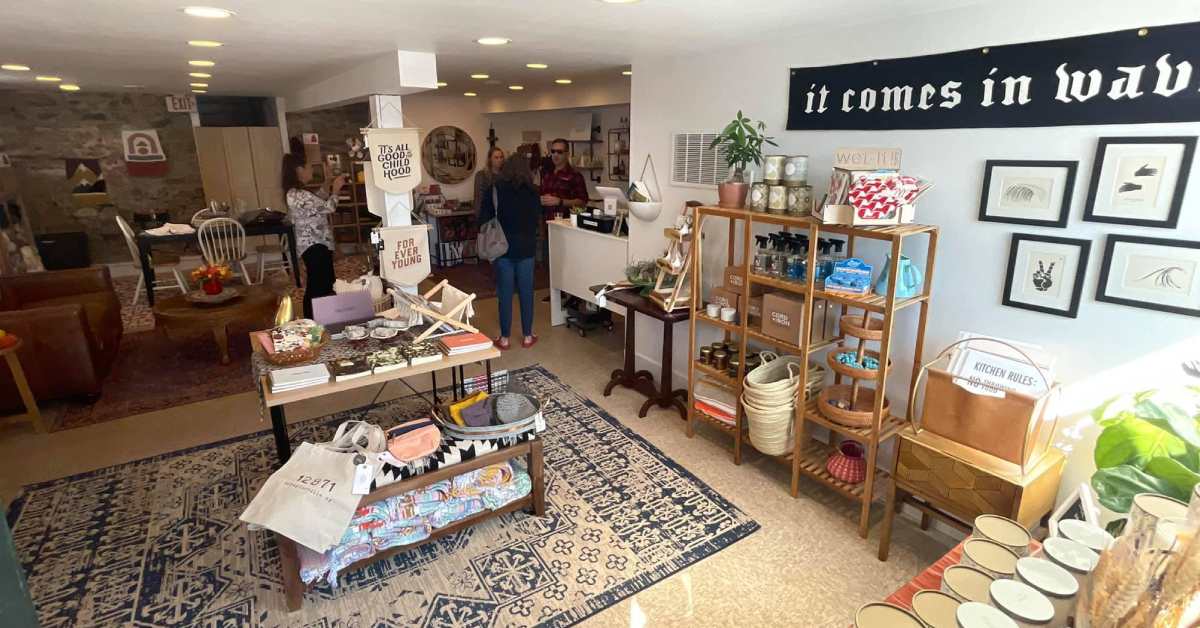 Tide & Purl is a modern gift boutique in Schuylerville that opened in October 2021. Everything in the shop has been hand-picked by owner Amanda McCarty, and you’ll discover products that you didn’t even know you needed.

Treat Yourself to a Fresh Look at a Local Salon

Give your hair the treatment it deserves by visiting a Saratoga County hair salon. We’ve highlighted 3 new local salons below that offer a wide range of services, such as hair styling, coloring, and deep conditioning treatments. 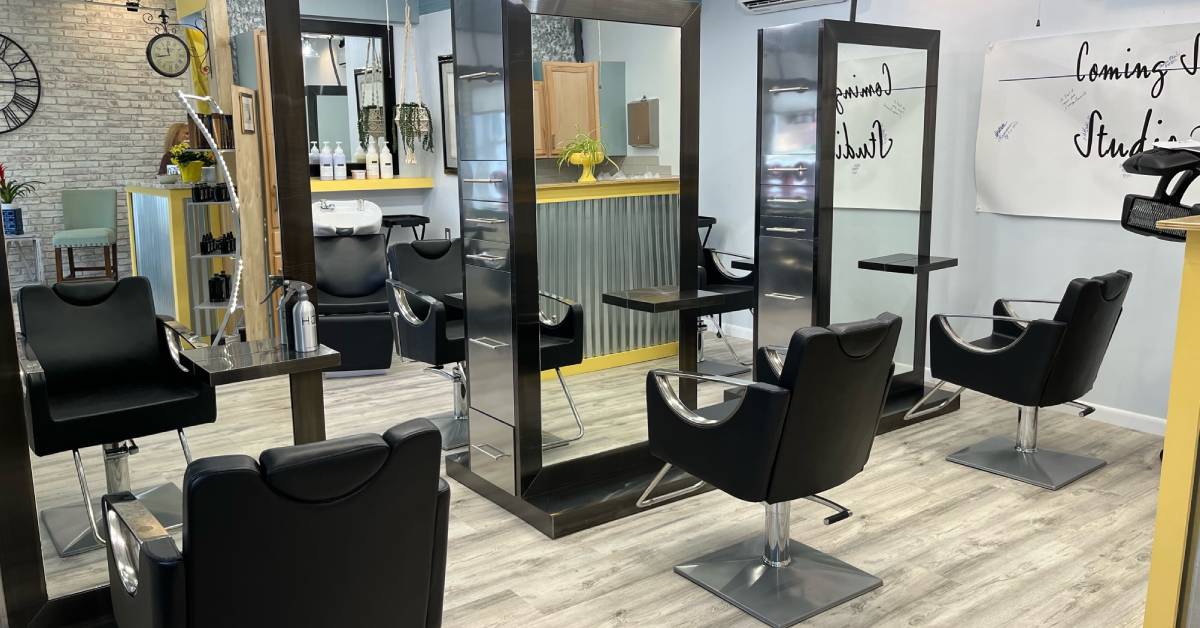 From haircuts to hair styling, hair treatments, and coloring services, the experienced and creative team at Studio 219 is ready to help you look your best. The boutique hair salon is located on Broadway in downtown Saratoga, and they opened in April 2022.

The Salon and Spa

Get high-quality beauty salon services at The Salon and Spa in Schuylerville, which celebrated its grand opening with a ribbon cutting ceremony in October 2021. Owner Mary Orminski wants the salon to be a place where every client feels beautiful and at home.

Lush Lounge is a full-service hair salon that’s owned by Clifton Park native and stylist Stephanie Villano. The business officially opened during a grand opening celebration in August 2021, and their services include haircuts, extensions, add-ons, blowouts and treatments, and more.

As you can see, Saratoga County’s small business scene has grown a lot over the past year, and there are so many great places to support. Be sure to stop by some of them during your next trip to the area!