Visit Saratoga.com For Everything Saratoga
Enter Giveaways Advertise
Home  »  Business  »  The Oldest Coffeehouse in the Country, Caffe Lena, to Undergo Renovations This Year

One of Saratoga’s best kept secrets is Caffe Lena. Not only has Bob Dylan graced the stage there, but it also holds the record for oldest continually running coffeehouse in the United States! However, the hidden gem is about to undergo some renovations. Check out what’s in store: 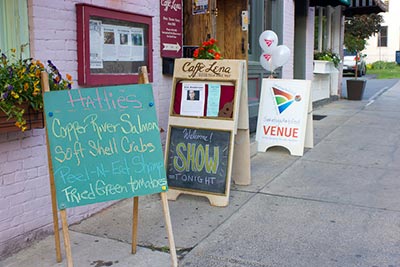 As part of a new partnership with local developer, Bonacio Construction, the Phila Street coffeehouse will receive some big upgrades this year. Bonacio will construct a mixed-use building where Caffe Lena’s parking lot stands at the corner of Phila and Henry Streets.

In exchange for the land, the construction company will work on some improvements for Caffe Lena. Renovations include expanding the listening room, which currently seats 85 people to hold 110; modernizing the kitchen; and implementing upgrades to the green room and bathrooms.
Sarah Craig, executive director of Caffe Lena, told the Albany Business Review, “Up to this point, renovations have consisted of occasionally repainting the floor or walls. This is the first time the building has ever seen major renovations.“
Work on the building will take place throughout the year with a grand re-opening planned for this upcoming fall. We’re looking forward to seeing the finished project at Caffe Lena!
Source:
Albany Business Review