Whether you're an avid birder or a novice, the Saratoga region is a great place for birdwatching, particularly at the nearby Audubon Important Bird Areas (IBAs) and New York State Bird Conservation Areas (BCAs). 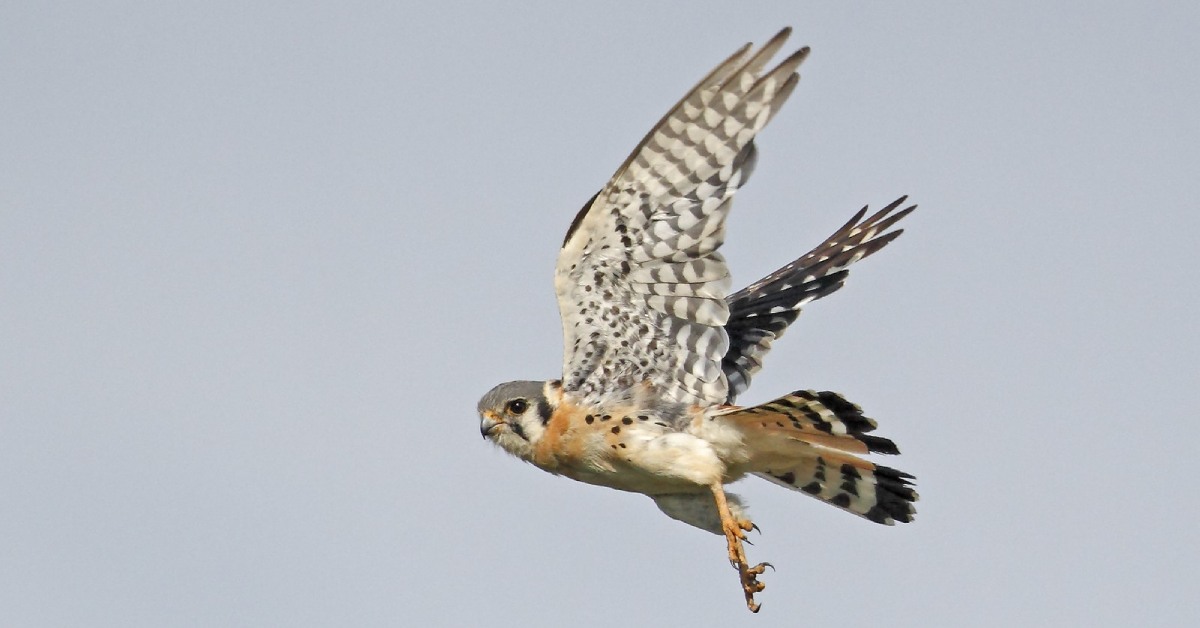 IBAs are sites that have been recognized by Audubon as crucial habitats for either breeding or non-breeding birds. These areas are identified by scientists as locations where either certain at-risk species dwell, where birds thrive in a specific kind of habitat, or where large populations of birds gather.

As for New York State's BCAs, they follow in Audubon's footsteps and act as protected sites where birds can thrive and where researchers, agencies, and birders can observe them on state-owned lands.

Interested in exploring some of these protected habitats yourself? There are several IBAs and BCAs within Saratoga County or a short drive away. Bring your binoculars and your telephoto lenses, as you'll have the opportunity to watch some common local species, as well as glimpse some remarkable rare and threatened birds. 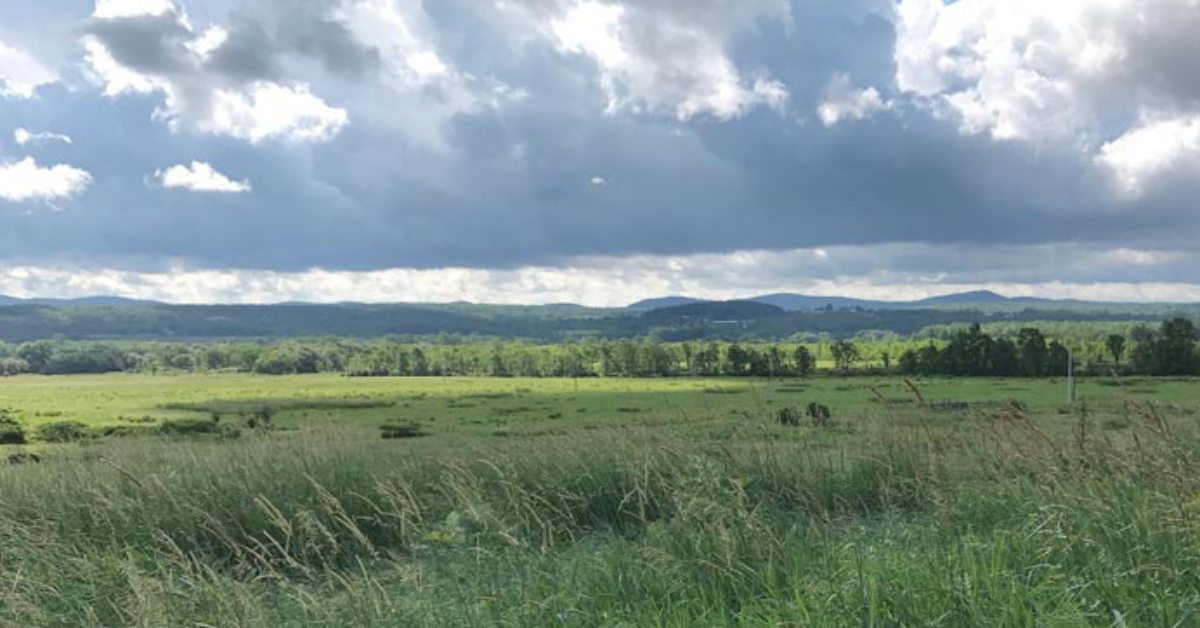 Species to look for: While you can try your hand at spotting fairly common species such as Northern Cardinals, Red-winged Blackbirds, Eastern Meadowlarks, Bobolinks, and Killdeer, the Grasslands are particularly noted for their population of rarer species such as Henslow's Sparrows, Golden Eagles, and Upland Sandpipers.

The Grasslands are also known as an excellent place to catch sight of wintering raptors and songbirds, such as Snow Buntings, Northern Shrike, Snowy Owls, and Peregrine Falcons. The most notable residents of the Grasslands are the threatened Northern Harriers and the endangered Short-eared Owls, which draw many birders to this Important Bird Area.

How to get there: There are three public viewing sites in the Grasslands, but the Alfred Z. Solomon Grassland Bird Viewing Area is a great place to start. Take Exit 17N on the Northway, and follow Route 197 through Fort Edward. Once you leave Fort Edward, continue for two miles before turning left onto Route 42. The viewing area will be about 0.7 miles ahead on the right. 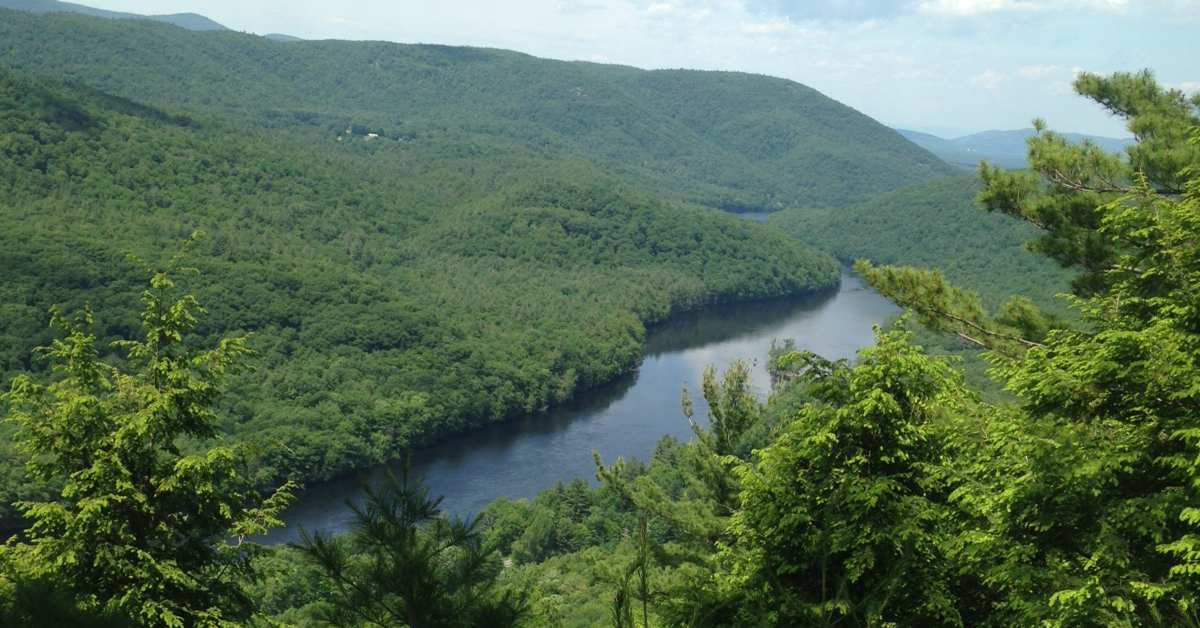 Moreau Lake Forest is a large Important Bird Area that contains Moreau Lake State Park. New York's Moreau Lake Bird Conservation Area, in turn, is located within the State Park. Much of the region is composed of forest, and both Moreau Lake and the Hudson River provide wonderful habitats for birds.

Want to cross a rare species off your "to-see" list? Threatened or endangered species found near Moreau Lake include the Northern Harrier, Cooper's Hawk, Common Loon, Osprey, and Pied-billed Grebe. Bald Eagles can also be spotted in the winter months.

How to get there: Take Exit 17S on the Northway, then turn right onto Old Saratoga Road. In about 0.7 miles, you'll see the entrance to Moreau Lake State Park on your right.

Entrance fee: The State Park charges a vehicle entrance fee between the end of May and the beginning of September, as well as on weekends in late spring and early fall. The price varies by season. The rest of the year, birding in the State Park is free. 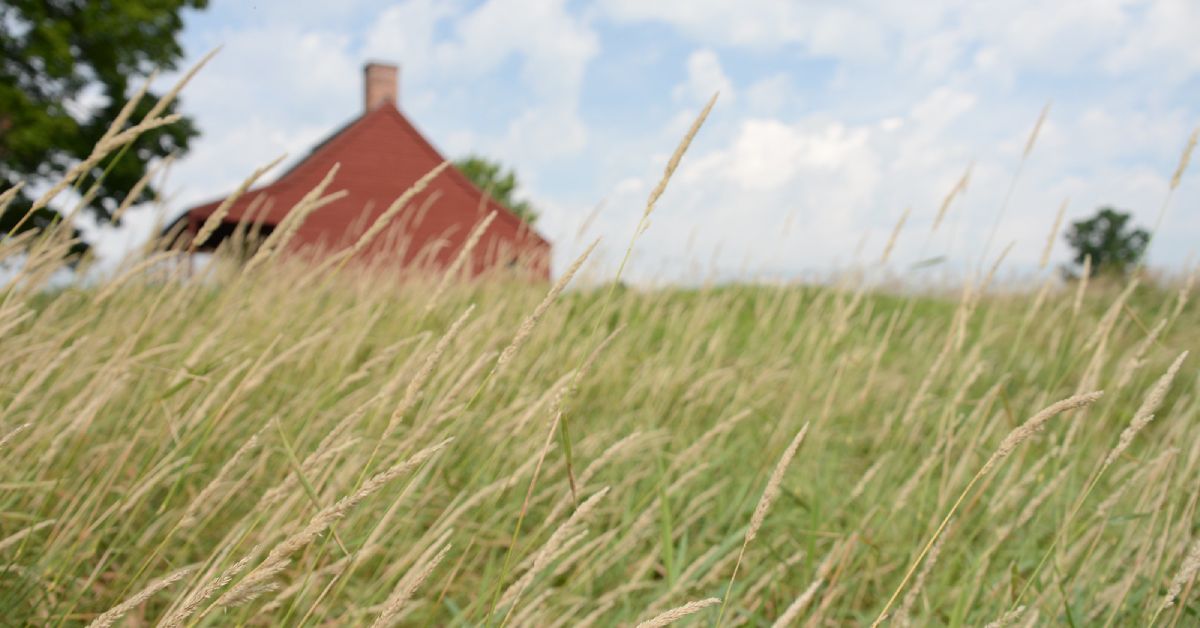 If you're both a history buff and a birder, you'll want to visit Saratoga National Historical Park in Stillwater. The site of the Battle of Saratoga is an excellent place to birdwatch, as its 2886 acres contain hills, valleys, grasslands, woods, and the Hudson River. Grassland birds are particularly notable in this Important Bird Area.

How to get there: From Saratoga Springs, follow Lake Ave/Route 9P past the Northway and around the northern tip of Saratoga Lake. Turn left onto Cedar Bluff Road/Route 71 and follow for 4.3 miles until the road ends. Turn right onto Route 32 and the entrance to the park will be up ahead on the left.

Entrance fee: There's no charge to visit the Battlefield. The tour road is open from April 1 through November 30, from 9 am to 5 pm, while the trails are open from sunrise to sunset year-round. In the winter, however, be prepared to trek through snow, as the trails aren't shoveled. 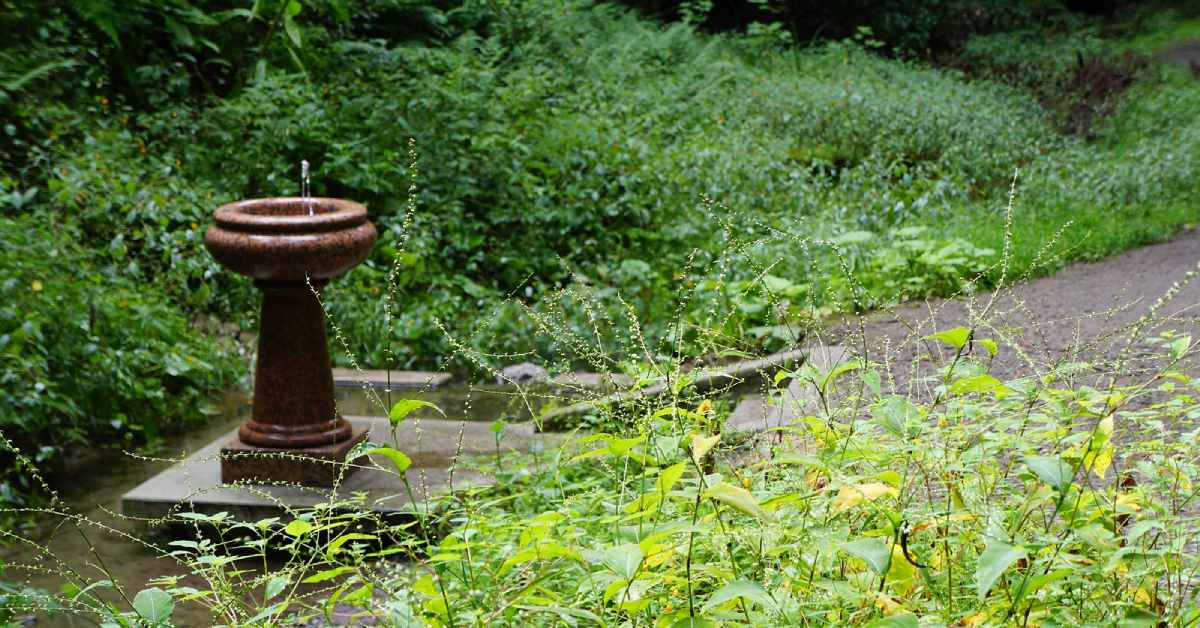 Visiting Saratoga Springs? You don't have to even leave the city to visit a Bird Conservation Area. Spa State Park has designated large portions of its land, which encompasses wetlands, woods, mineral springs, and the Geyser and Kayaderosseras Creeks, as BCAs.

Species to look for: There are 170 species in all within this prime birding area, with 97 of them breeding there. In particular, Saratoga Spa BCA boasts a wide array of Neotropical migratory songbirds; 54 of New York's 75 species have observed by birders.

How to get there: The park's main entrance is located on Route 9, just south of Downtown Saratoga.

Carters Pond BCA, also known as the Carters Pond Wildlife Management Area, is located in the town of Greenwich in Washington County. It's comprised of varied wetland and upland habitats, making this a great place to watch waterbirds. Birders can explore marsh, swamp, forests, grasslands, and shrublands while observing species.

How to get there: Follow Route 29 out of Saratoga Springs for about 23 miles. Turn left onto County Road 49; the trailhead for Carters Pond Nature Trail will be about 1.5 miles ahead on the right. 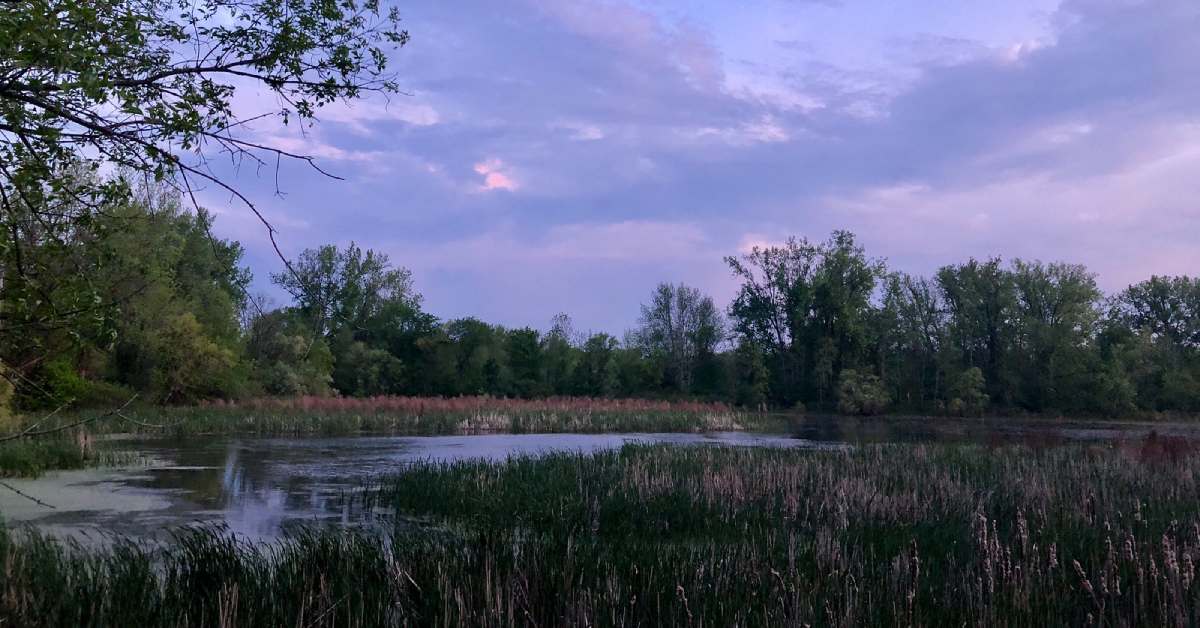 Head south to the Mohawk River in Clifton Park to go birdwatching at The Vischer Ferry Nature Preserve, also known as the Vischer Ferry BCA. This protected freshwater wetland is a haven for waterfowl and other marsh birds.

Species to look for: Birds that call the wetlands home include Green Heron, American Bittern, Sora, and Virginia Rail, as well as other species of herons and egrets that stop by on their fall migrations.

How to get there: Take Exit 8 on the Northway and follow Crescent Road east for about 2 miles. Turn left onto Van Vranken Road. When the road ends, the main entrance will be straight ahead.

This Important Bird Area is actually composed of multiple locations around the lake where Peregrine Falcons are known to nest. These sites are located near the northern and central sections of the Lake George, at areas near Shelving Rock, Roger's Rock, Anthony's Nose, and more. The terrain has many cliffs and outcroppings, making this an ideal nesting area for the falcons.

Species to look for: Peregrine Falcons are the main attraction at these sites. There are an unusually large number of pairs who nest here, so be sure to proceed with caution and avoid disturbing them.

Learn about bird populations and conservations efforts near Saratoga >>